The Race Week leading up to the 24 Hours of Le Mans has already begun, with the scrutineering and administrative checks held from June 7 to 8, 2015. All 56 cars that are taking part in the race this year have been inspected and declared fit for the race on Saturday. 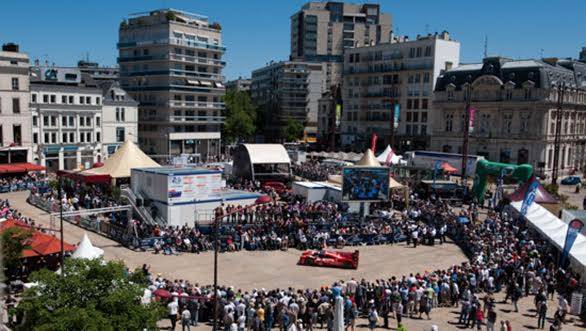 Of the 19 cars entered in the LMP2 category, ten are temporary competitors in the FIA WEC. Nine of the 19 cars have come from the European Le Mans  one of the three series in 'endurance pyramid', all of which are organised by the motor racing club, ACO (Automobile Club de l'Ouest).

Apart from being a technical and administrative inspection of the cars, the scrutineering event is something of spectacle. Held at the Place de la République, in the Town Centre at Le Mans, motorsport fans gather in droves to watch the Le Pesage, ('the weighing') as it's popularly called. A car that had no trouble grabbing eyeballs was the Vantage GTE from Aston Martin  bearing dynamic looking livery designed by German artist Tobias Rehberger. 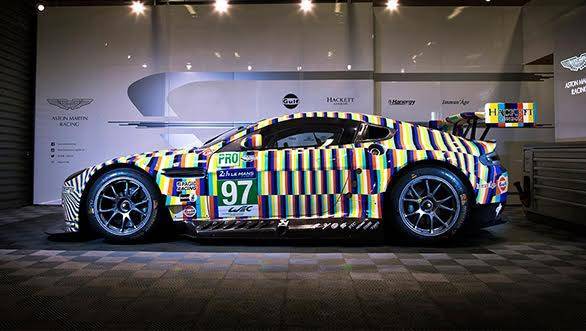 The Vantage GTE from Aston Martin

Two Taiwanese Porsches (No 67 and No 68) in the LM GTE Amateur category set the ball rolling for the second day of the scrutineering. The Ligier JS P2 from Oak Racing (No 34) and two Chevrolet Corvette C7.Rs were the other cars that pulled in crowds.