Aanjan Patodia won two out of three races in Round One of the JK Tyre IndiKarting Series, in Pune. The youngster participated in the Pro Senior Category of the karting series, which witnessed some intense action at the 465 metre long track. In Race One, Patodia drove brilliantly and fended off repeated attacks from Mumbai's Aaroh Ravindra. Rahul Sharan from Bengaluru finished third. 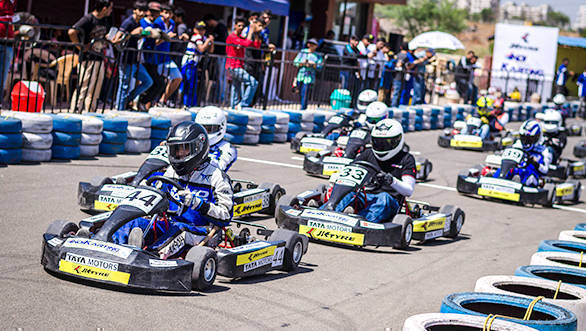 Race Two was held with the reverse grid format, in which the winner of Race One starts in last place. Aaroh Ravindra, who began in P13, put on a brilliant drive as he managed to carve his way through the field to finish second. The race was won by Rishabh Rathi who started on P2. In Race Three, Aanjan Patodia dominated the race and won it. He displayed good racecraft, overtaking Aaroh Ravindra on the outside of the first corner.

The racing series witnessed 173 entries, in various categories. 70 per cent of these were first timers, which served the purpose of introducing kart racing to a new audience. While racers in National Series at the Pro (Senior, Junior and Cadet) class had to lease or own the karts, the rest of the classes,  (Corporate, Master, Media, Women, Interschool, Senior Open and Senior Amateur), which form the support races, had to simply arrive and drive. 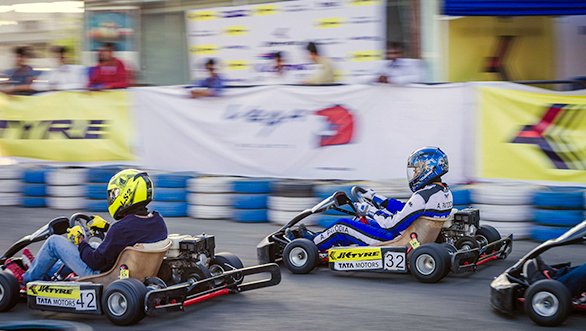 In the Pro Cadet category, Aadityansh Kaulshi won Race One. However, he could not replicate the performance in Race Two, while starting from the back of the grid.  The Race was won by Raunaq Sinha. In Race Three, Hoshmand Elavia displayed a dominant performance as he took the chequered flag in P1, followed by Race One winner Aadityansh Kaulshi.

The Senior Amateur Class witnessed a large number of entries. The Race in this category was won by Malcom Elavia from Mumbai. Saurabh Sutar and Kamran Dubash finished in second and third, respectively.

The Senior Open was won by Jatin Vora, fending off some stiff competition from Aman Singh Bhui and Tukshad Daver who crossed the line behind him, in the same order. 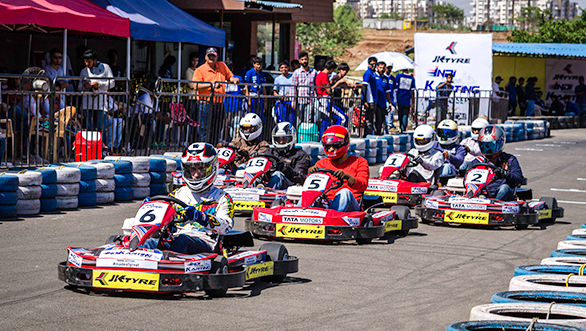 The winners of the these three classes have won a chance to participate in the National Finals in Delhi, where they will race with winners from other cities. In the Master Category, Zubin Chinoy was the fastest and finished  the race ahead of Sameer Tahir and Kejas Shah.

Romilla William won the race in the Women category, ahead of Aishwarya Dhumal and Khyati Mody. The Corporate class  race was won by Jatin Vora  while Kejas Shah won in Senior Plus class. Sirish Chandran won the Media Category followed by Viraj Gaikwad and Aatish Mishra. 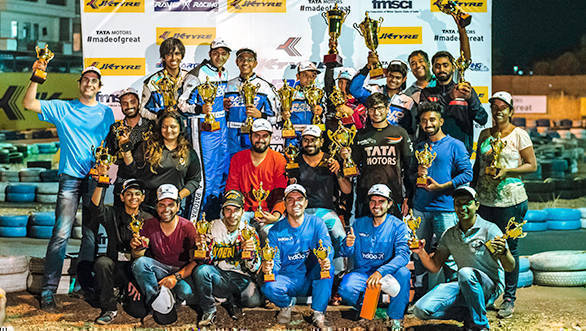 Rayomand Banajee (Rayo), IndiKarting said,"It is very reassuring to see 173 entries in the first round of the JK Tyre IndiKarting National Series. It shows that motorsports has huge potential in India. Thanks to JK Tyre and Tata Motors, who are subsidizing costs for the participants, racing has become a lot more accessible to everyone."

Round Two of the JK Tyre IndiKarting National Series  will be held on April 30 and May 1, 2016 in Goa.