Indian racer Aditya Patel finished third at the Zhuhai round of Audi R8 LMS Cup in China. The GT driver put up a strong performance throughout the weekend as he battled hard against stiff competition. 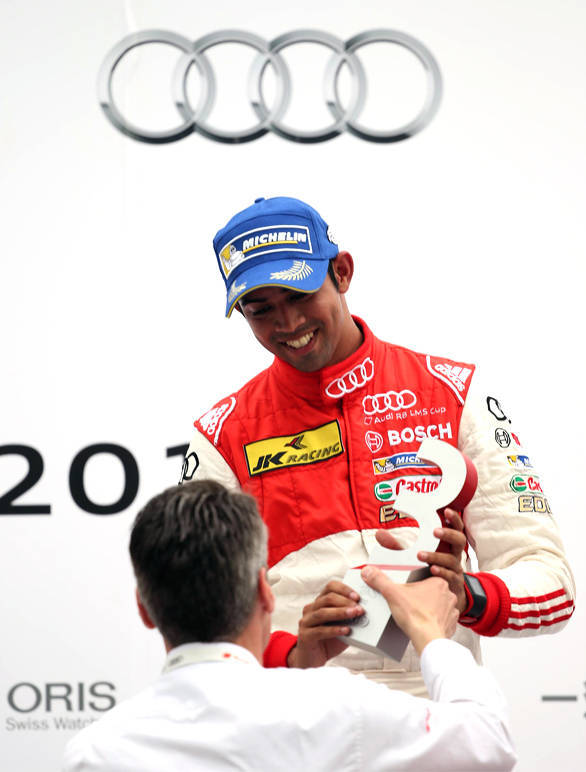 Aditya Patel showcased a promising drive, finishing in the top three consistently, during the practice sessions. Unfortunately, an error on his part saw him make it into the top eight for the qualifying shootout by a small margin. Aditya Patel ended up on P3 during the qualifying session, separated by a mere one-tenth of a second from Alex Yoong on P2.

At the beginning of the first race, Alex Yoong leapfrogged pole sitter, Rahel Frey with Aditya Patel piling on the pressure in P3. Frey set off in hot pursuit of Alex Yoong and it looked as if Aditya Patel would be left behind. The Indian, however, managed to chase Frey and come closer a lap before the final one. Aditya Patel kept pushing but eventually had to settle for the third position.

The second race had to be cancelled due to unfavourable weather conditions, eliminating what could have been a better result for Aditya Patel since he had managed to grab the second position by turn one on the opening lap.

Speaking about his podium finish Aditya Patel said, "This is my first race in the series and I'm pretty happy with a podium, but I would have liked to have had a little more pace in qualifying. As the race went on, there was a lot going on. I had Marchy catching up from behind and that kept me on my toes and I was also trying to plan how to catch Rahel. I used Push-to-Pass to catch Rahel and tried to make a move, but couldn't make it stick. The second race also looked good for a podium until it had to be stopped due to unsafe conditions. I'm looking forward to the next round in Korea."