Indian racer Advait Deodhar is in the running for a race seat at team SARD-Morand, which competes in the legendary Le Mans 24 Hour race and World Endurance Championship's LMP2 prototype category. The process of selection for the coveted seat will be filmed in an online series called Race to 24. The only Indian in the shootout, Advait Deodhar will compete with other drivers in this interactive show. 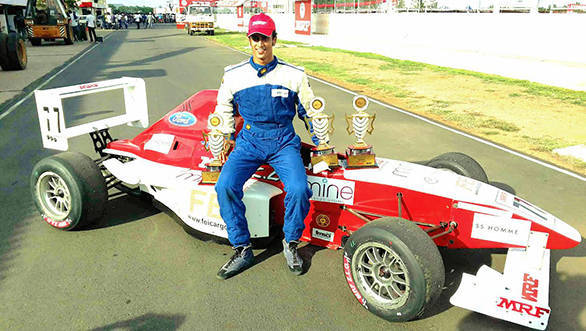 The show's format provides viewers with access to the proceedings when selecting a race driver. Week after week, team principal, Benoit Morand will test the drivers' physical and mental aptitude through some challenges that will be set by him. The show will depict the strengths and weaknesses of the drivers, as they battle for the much sought after opportunity to race in one of the most challenging races in the history of motorsport.

The show will be filmed at iconic racetracks such as Yas Marina in Abu Dhabhi, Fuji International Speedway in Japan and the Circuit de La Sarthe in France, which will host the 24 hours Le Mans.

Speaking about this golden opportunity, Advait Deodhar said, "Opportunities like this do not come around twice. I am thrilled to be part of this race event. There are some serious competitors with who I am up against and I am working incredibly hard towards achieving peak strength, mental and physical. Racing is a very expensive sport and requires a lot of financial backing. Being given a chance like this on a global platform will hopefully open a lot of doors for me which will help me further my career as a racing driver."

Advait Deodhar had recently participated in the MRF International Challenge that was held at the Bahrain F1 Circuit.