The 12th edition of the annual Africa Eco Race is underway, from Monaco to Dakar, tracing a route similar to that of the Dakar, when it was held in Africa. The AER was conceptualised by Hubert Auriol in response to the cancellation of Dakar 2008 due to security concerns, and while the Dakar shifted its venue to South America, and most recently, Saudi Arabia in 2020, the Africa Eco Race continues with competitive stages across much of the same terrain as the original Dakar, with motorcycles, cars, SSVs and trucks competing. 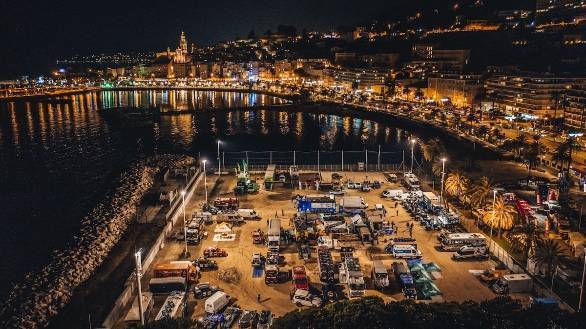 We have good reason to follow the Africa Eco Race, with privateer Ashish Raorane making his debut in the AER, hoping to make his mark in the "original Dakar" though his ultimate goal remains participation in the Dakar rally itself. 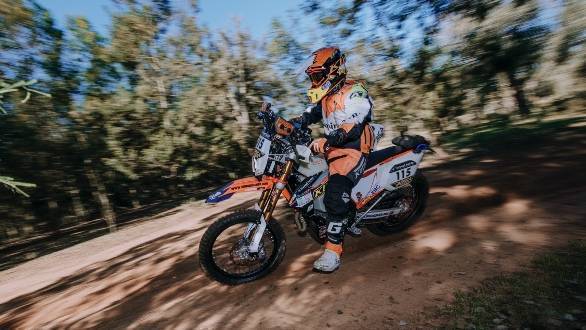 Ashish Raorane (No 115) is one to watch out for, and will be hoping to break into the top ten by the end of 12 stages of riding

The AER runs a course of over 6,500km, with 12 stages in total, across Morocco, the Western Sahara, Mauritania and Senegal. With a start point in Monaco, competitors' vehicles were transported by sea to the set of the first stage in Tangier. Competitors travelled 241km in liaison from Tangier to Kenitra, where a short 23km Special Stage was held in the Maamora cork oak forest, before a long 489km transport stage (longest of the rally) to the first bivouac at Tarda. 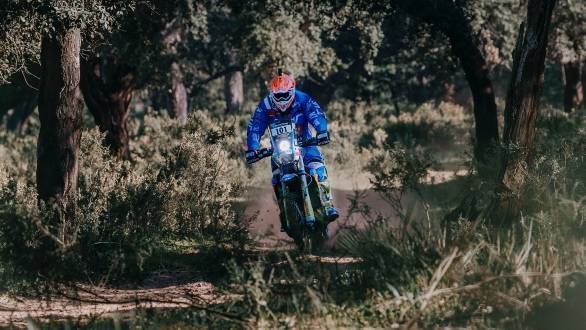 Alessandro Botturi (No 101) is an old favourite from Dakar

In the Moto category, Alessandro Botturi, a familiar face in Dakar having completed six of them, beat Brit Lyndon Poskitt to post the top time for the day on his Yamaha. Incidentally, Poskitt on a KTM was also a top finisher in Dakar, in the Malle Moto category, where competitors are not allowed outside mechanical support. Raorane, also riding a KTM, completed Stage 1 in the 33rd position. 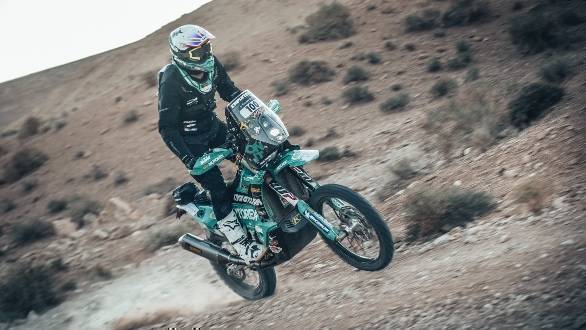 Stage 2 ran from Tarda to Mhamid, over a distance of 329km of stony, undulating gravel tracks with a special emphasis on navigation in the wide open, fast areas. Raorane climbed ten spots to finish 23rd overall, while Botturi and Poskitt had Pal Anders Ullevalseter overtake them both to lead the rankings after the second day of racing. 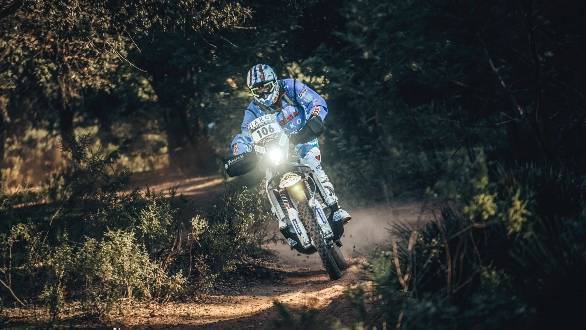 Norwegian Pal Anders Ullevalseter (No 106) has won AER twice, and finished second in the 2010 Dakar, and is definitely a force to be reckoned with

A long special stage greeted competitors in Stage 3, with 497km of competitive riding over largely soil tracks, with short sandy, dune sections (Erg Chegaga) thrown in for good measure. Raorane made further progress up the field to end the stage in 20th overall. Botturi regained the lead, with Ullevalseter in second, while Poskitt dropped down to fourth, separated by Felix Jensen.