The cat is out of the bag! We were hoping to see the brand-new, 2020 Honda Africa Twin only at the 2019 EICMA in November, but the full-sized adventure tourer has broken cover early. The bike deserves the 'all-new' tag since engine capacity has been hiked, outputs are up, the electronics suite has been updated and there's a revised chassis underpinning it all too. Of course, styling has been revised as well. More importantly, Honda has managed to make the bike leaner and lighter, contrary to what one would expect of a motorcycle that's more powerful and meets stricter emission norms! 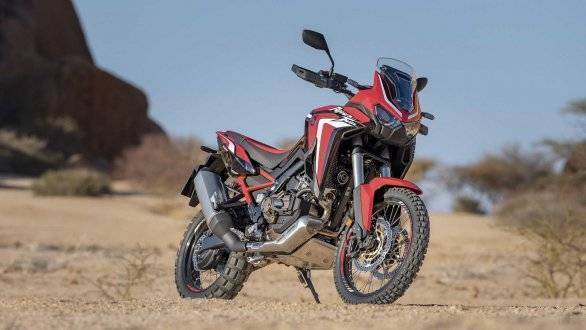 The 2020 Honda CRF1100L Africa Twin looks more aggressive, is lighter and more powerful than before and is pretty much an all-new motorcycle

The 2020 Africa Twin looks meaner and more aggressive, particularly thanks to the revised headlights and LED daytime running lamps that look even more distinctive with their revised design, though the fairing still looks very similar to the current version. That said, the tail piece has been redesigned and looks sportier, while also reminding us of Dakar machines. Of course, the Africa Twin is pretty much based on Honda's Dakar machine and only resembles it even more closely now.

A bigger highlight on the visual front is the new instrument cluster which is now a full-colour, 6.5 inch TFT display  that's what you find in a car! Expectedly, the display is touch-sensitive but there's a set of controls mounted onto the left side of the handlebar to access menu functions as well. That said, the switchgear arrangement looks even more complex now! The display also offers Apple CarPlay and Android Auto connectivity now, via an onboard USB slot. There's a smaller display underneath as well to offer information like gear and speed, for times when the main display is being used for navigation and the like. 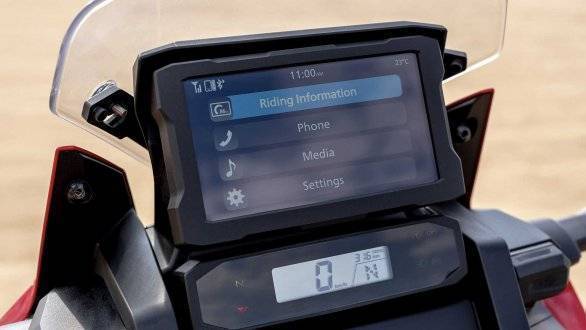 The biggest news for 2020 though is the engine. Honda has increased the stroke by a little over 5mm to hike displacement to 1084cc (from 998cc). As a result, peak power is up to 102PS from 95PS earlier while peak torque produced now stands at 105Nm, up from 99Nm. Interestingly, the engine mated to the manual transmission weighs 2.5kg lesser, while the DCT has lost 2.2kg and these are significant savings. Then there's the updated electronics suite And the big news on this front is the inclusion of a six-axis IMU from Bosch, which brings with it the rider aids like lean-sensitive traction control, cornering ABS and wheelie control. Honda has also added a dedicated Off-road mode in addition to Tour, Urban and Gravel riding modes, apart from two User modes that allow full customisation. 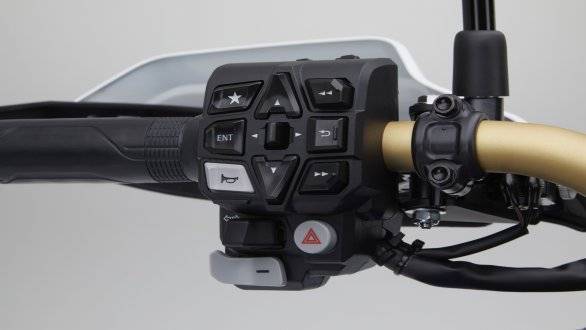 Switchgear on the 2020 Honda CRF1100L Africa Twin, particularly on the left side of the handlebar, is even more complex now thanks to the additional menu functions

The revised chassis is 1.8kg lighter, while boasting better rigidity for improved off-road manners and uses a bolt-on rear subframe now. The swingarm has lost weight too is based on Honda's CRF450R dirt bike, which Honda claims will offer better feel and traction at the rear. Spring rates for the suspension have been revised in the interest of a better mix of ride and handling, though a bigger highlight is the new semi-active electronic suspension on the 2020 Africa Twin Adventure Sport. It offers customisable settings including four modes  Soft, Mid, Hard and Off-Road apart from four presets to choose from for the rear preload that can be adjusted electronically. 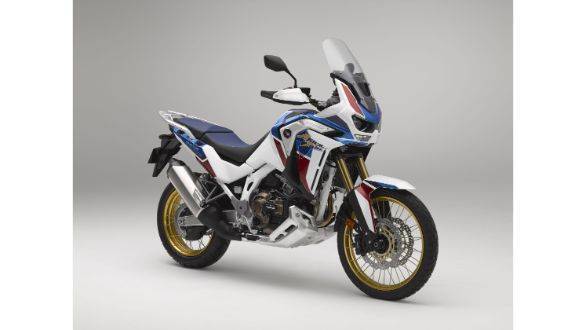 In fact, Honda has pretty much revised the positioning of the standard Africa Twin and Africa Twin Adventure Sport both. Unlike before, the standard Africa Twin is the more off-road focused machine now which Honda claims will encourage riders to hit the trails, while the Adventure Sport (AS) is now the full-fat touring version. The AS continues to use a bigger, 24.8 litre fuel tank as before and also gets a larger fairing and tall windscreen which is now adjustable (finally!). The heat height on the AS is now the same as the standard bike which is another notable change for 2020 and of course, the seat height is adjustable too. The AS also comes equipped with heated grips and a charging socket as standard now, to complement its touring virtues. 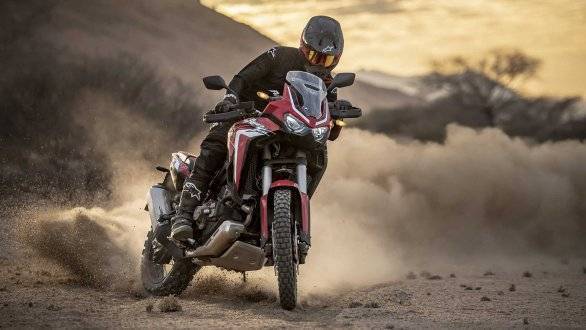