BMW has unveiled the all-new 4 Series Coupe, which gets a completely new design, both in the exterior and the interior along with new powertain options and mild hybrid tech. Based on the BMW Group's CLAR modular platform, that also underpins the 3 Series, the 4 Series Coupe will be offered with a choice between three petrol and four diesel engines. The most powerful of the lot will be offered in the M440i xDrive variant. BMW has confirmed that the 4 Series Coupe will be commercially launched worldwide in October 2020 with most of the variants, while the 430d xDrive M Sport and M440d xDrive are scheduled to arrive in March 2021. 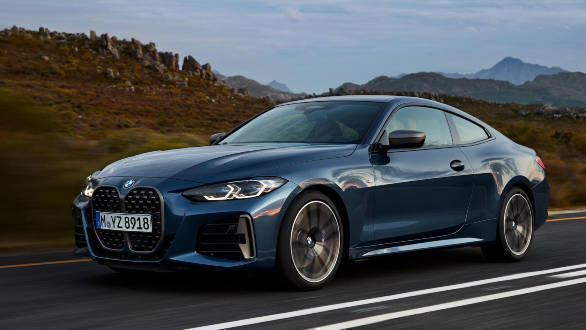 Both the petrol and diesel engines of the 4 Series Coupe will be offered with BMW TwinPower Turbo. The M440i xDrive will be offered with a 48-volt mild-hybrid battery working with the 3.0-liter turbo petrol mated with an eight-speed automatic, churning out 374PS of power and 500Nm of torque with a claimed 0-100kmph of 4.5s. The mild-hybrid tech offers an electric boost, resulting in an additional 11PS. In addition to this top-spec petrol variant, BMW will also offer the mild-hybrid tech with the diesel powertrains. The 2.0-litre four-cylinder diesel unit offered in the BMW 420d Coupe and BMW 420d xDrive Coupe produce 190PS and 400Nm with a claimed naught to 100kmph of 7.1s and 7.4s respectively. The BMW 430d xDrive Coupe will be powered by 286PS/650Nm making 3.0-litre six-cylinder in-line, with an 0-100kmph acceleration of 5.2s. The BMW M440d xDrive Coupe will be equipped with a straight-six, 3.0-litre diesel churning 340PS/700Nm, taking a claimed 4.7s to reach 100kmph.

The BMW 430i Coupe and BMW 420i Coupe make use of 2-litre four-cylinder petrol engines, where the higher state of tune 258PS/400Nm is offered in the 430i whereas the one in the 420i produces 184PS/300Nm. The claimed acceleration timings for these models are 5.8s and 7.5s respectively. BMW mentions that the eight-speed Steptronic transmission, which is being offered as standard on all models, delivers sharper shift characteristics with greater efficiency and refinement. The unit also offers launch control for traction-optimised acceleration off the line, in addition to a Sprint function that offers maximise performance when putting in a sudden burst of speed or overtaking, claims the company. Comes as standard in the BMW M440i xDrive Coupe and BMW M440d xDrive Coupe models, and can be specced on the other models with the M Sport package Pro. 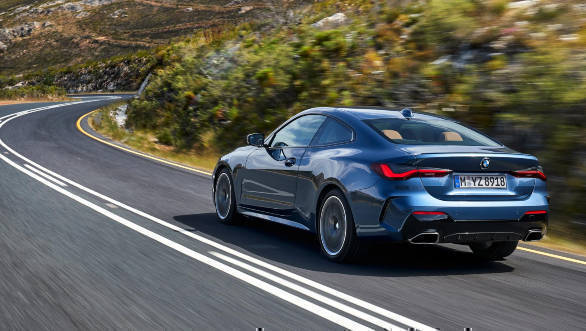 The usage of mix of steels and alloys has helped BMW do weight management on the 4 Series Coupe. In addition to making it lighter than the previous and also the 3 Series, this has also increased the rigidity of the whole frame. The Coupe features an aluminium bonnet, front side panels and doors and die-cast aluminium spring struts. The underpinnings are an enhanced version of the 3 Series Saloon chassis, which in addition to the wider track width on the rear axle, 50:50 weight distribution and a 21mm lower centre of gravity makes the Coupe more agile and sporty with better handling than the 3 Series saloon, claims BMW. An insulated design and improved air flap control along with other measures offers a low Cd of 0.25 on the 4 Series Coupe. 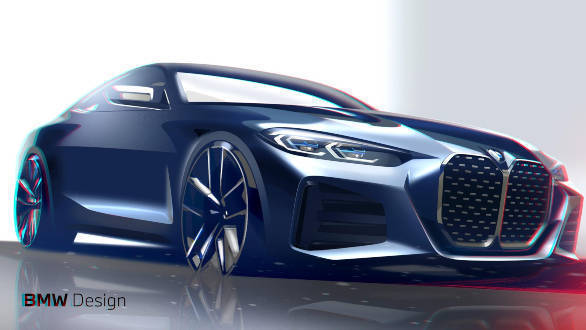 Differentiating itself from the BMW 3 Series in the styling aspect has to be the large vertical kidney grille which occupies a major area, complimented by sleek all-LED headlights. The same was was previewed in the Concept 4 that was showcased in 2013. In terms of dimensions, the 4 Series Coupe has gained 128mm in length and 27mm in width, compared to the previous-gen offering. Further, the wheelbase has been stretched by 41mm to 2,851mm and the height has been increased by 6mm. BMW mentions that even with the larger dimensions, the 4 Series Coupe has a sleek profile with shorter overhangs, flowing roofline and slender pillars. 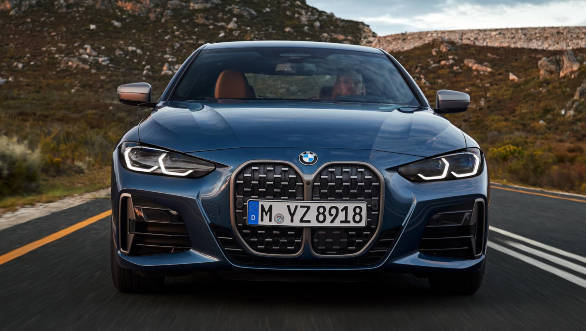 For those who want more, BMW will be offering the M Sport package that offers kidney grille surround, large air intake, high-gloss black diffuser, trapezoidal exhaust tailpipe finishers in cerium grey. The M440i xDrive Coupe and M440d xDrive Coupe models can also be optioned with M Carbon exterior package, that consists of  front-wing air intake finishers, exterior mirror caps, a diffuser element in the rear apron and a specially moulded rear spoiler, all made out of carbon fibre. 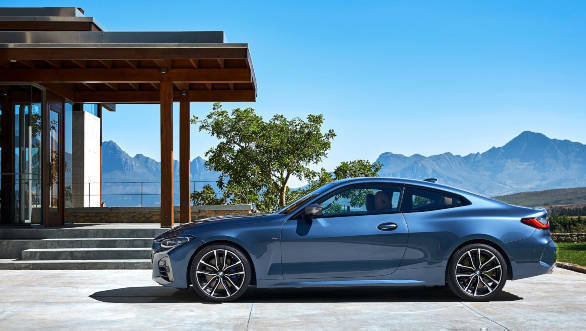 Dimesionally, the 4 Series Coupe is larger than the 3 Series

The safety suite in the 4 Series Coupe consists of Front collision warning, Speed Limit Info and Lane Departure Warning, all of which are offered as standard in addition to cruise control with braking function. There is also the option of speccing the Coupe with Driving Assistant Professional package that comes with steering and lane control assistant, which reads road markings and also realises of vehicles driving ahead courtesy of the data from a trifocal camera and a front range radar. The system displays the driver correct the course with corrective steering inputs.

The cabin design of the Coupe too has been completely revised from the previous-gen and looks much familiar with BMW's current range. The start button has been now positioned in the control panel in the centre console while the gear selector lever is new and so is the iDrive controller and the buttons for drive modes and electromechanical parking brake. The infotainment system too boasts of more features and options, than the one seen on the present 3 Series, with enhanced user interface. The optional head-up display too has become 70 per cent larger with more optimised graphics and more information. 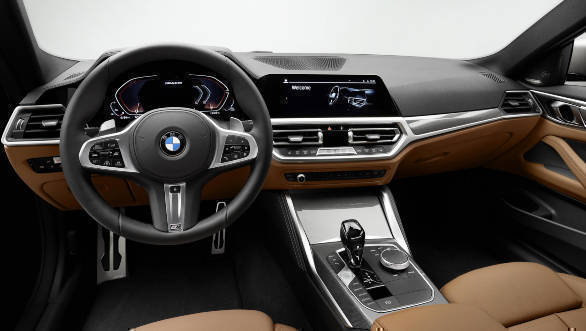 The 10.25-inch touchscreen infotainment system features the brand's latest BMW Operating System 7 along with Apple Car Play and Android Auto connectivity, with access to services such as Google Assistant, Google Maps, music streaming services like Spotify and Amazon Music, and WhatsApp. The front seats have been newly designed with contoured side bolsters that will provide the necessary grip during hard cornering, claims BMW. While front-seat heating will be offered as standard, BMW will also offer an optional Comfort Plus package that comes with  electrically adjustable sports seats with memory function. The M Sport models will be offered with sports seats with M-specific upholstery, leather steering wheel, door sill plates and digital instrument cluster display with the M logo, an Anthracite-coloured BMW Individual headliner and interior trim strips in Aluminium Tetragon with accent strips in Pearl-effect Chrome. 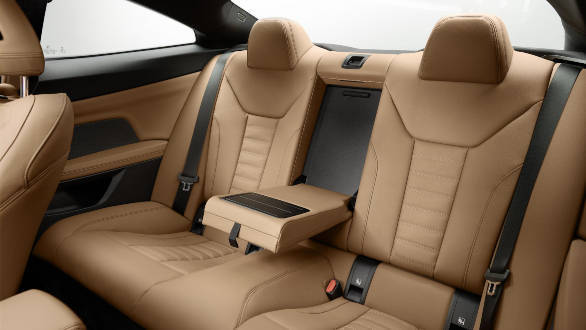