The all-new 6th generation Volkswagen Polo has been unveiled. This new car is based on an iteration of the MQB platform called the A0 which has been specifically designed for compact cars. Volkswagen will showcase the new Polo at the 2017 Frankfurt Motor show in September. 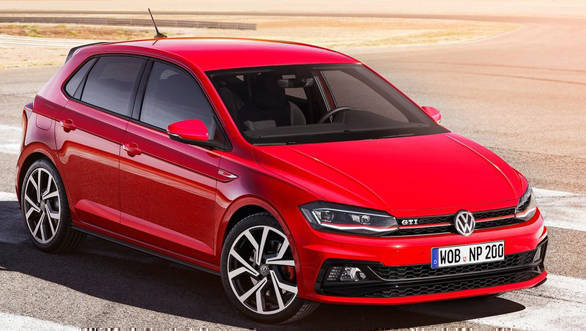 Besides giving significant weight saving (VW hasn't revealed how much), the new platform also accords the Polo a more stately appearance. Though still instantly recognisable as a VW car, the Polo now gets an even longer bonnet, sleeker headlamps as well as stylish alloy wheels. Volkswagen offers a choice of 14-18 inch wheels depending on the trim selected. The car will be available in the Trendline, Comfortline and Highline trims. Complementing them will be the Beats edition (with an uprated 300W music system), the GTi as well as the cosmetically-enhanced R-Line. The car is not only bigger in every aspect than the outgoing MK5 Polo, it is also now available in only a 5-door trim. Speaking of which, the exterior dimensions are  4,053mm(length), 1,751mm(width) and 1,446mm (height). This means it is 81mm longer, 63mm wider and sits 7mm lower than the older car. The wheelbase now is 93mm longer than before at 2,564mm, surpassing even the much bigger Golf's 2511mm. Volkswagen claims that there is 15mm more headroom in the front and 21mm extra at the back. This should hopefully fix the biggest grouse we had with the Polo - space in the cabin.  In the process of enhancing space all-around, the boot capacity now stands at a respectable 351 litres, compared to the 280 litres of the current Polo. 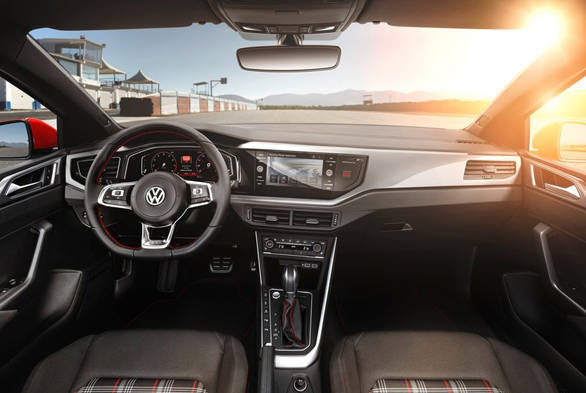 In the cabin too, there are several new additions. This includes the fully digital instrument cluster, mimicking the virtual cockpit effect of the Audi TT but in a much more advanced fashion. All the menus can be accessed via a single button on the steering wheel. The infotainment system itself is a touchscreen unit that supports MirrorLink, Apple CarPlay and Android Auto. Like before, there is a flat bottom steering wheel but now with metal inserts. The cabin too has minimal buttons.The array of safety features now brings it at par with the much bigger Golf as well as the Passat. The list include City Emergency Braking, Pedestrian Monitoring, adaptive cruise control, real traffic alert and Park Assist system. 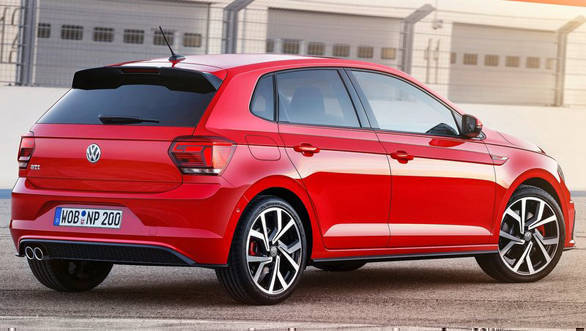 Now to the most important aspect, the engines. The new Polo comes with a range of nine Euro-VI engines including three turbo petrol, two naturally aspirated petrols, one running on natural gas and a sole diesel. The diesel is a new 1.6-litre turbo unit in 80PS/95PS guise. The MPI as well as the turbo engines run a one-litre motor with varying power outputs between 65-115PS while the all-new 1.5 turbo petrol is available with 150PS. The most powerful Polo is the GTi with 200PS. VW will offer manual as well as a dual clutch transmission on the Polo. 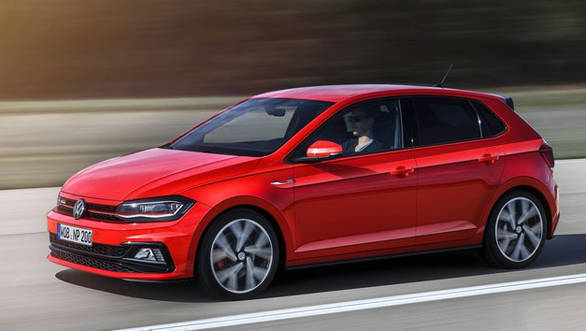 Will the new Polo come to India? It is likely that Volkswagen may bring it down to the country but only sometime next year. The A0 platform may be expensive to manufacture here. However, the agreement with Tata to use the latter's AMP platform might bring in some middle ground. Expect the new Polo to be priced significantly higher than the outgoing car as and when it makes its way down to our market. Our guess is by 2019 when the BS-VI fuel will be made available.