The Xtreme1 or X1 Racing League, the world's first city-based motorsport league will be held in India in 2019. The championship is being backed by Indian racers Aditya Patel and Armaan Ebrahim, and will feature a mix of both racetracks and street circuits. Racing Promotions Pvt Ltd, the company that will run the Xtreme1 Racing League, has been launched by Patel and Ebrahim to promote motorsport in India. The series is unique in that it places a huge emphasis on women in motorsport, requiring every single team to have a female race driver. The series will also feature custom-made cars, a unique points system, and the possibility of a Patron's Seat which will allow team owners to compete in the championship series. While we are yet to find out what the custom-made racecars will be, all signs point to the JA Motorsport two-seaters that are designed and built in India, especially since Patel and Ebrahim currently serve as race instructors tied in with JA Motorsports. Another possibility is the use of twin-seater Radical SR3s. 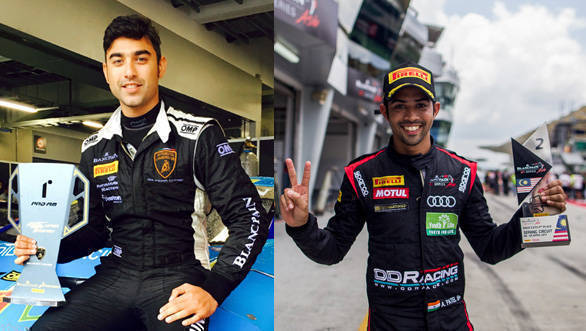 Talks are currently in being held with various drivers from around the world, including former F1 and NASCAR drivers. Vitantonio Liuzzi, former F1 driver with the Toro Rosso, Red Bull and Force India teams has come on board already. Liuzzi stated, "X1 Racing League is a very innovative league format and will surely be great for Indian motorsports. The league has several unique propositions and I am looking forward to it. It will be exciting to drive as a team where not just speed, but strategy becomes supremely important."

Meanwhile, Pippa Mann, British female racer who competes in the IndyCar Series said, "I'm always interested in opportunities that help promote equality in motorsport, so I was impressed with the idea and vision behind the X1 Racing League. In a moment in time where most people with funding seem to want to segregate female racers, it was refreshing to be approached by a championship that wants to help not only nurture up and coming Indian talent, but also be at the forefront of trying to create more opportunities for female racers in an equal environment."

The X1 Racing League will be held over four consecutive race weekends in the first quarter of 2019. The races will take place on Saturdays and Sundays, with three races being held per day, each race being 45 minutes. Venues for the circuit races include the Buddh International Circuit and the MMRT in Chennai, while street races will be held in Hyderabad, Bangalore, Chandigarh and Mumbai. While street circuit layouts have already been sent to the international federation for approval, confirmation is awaited.

In addition to the main X1 Racing League, a year-long domestic season of 12 races will be held over the course of the year, allowing teams to score points all year long, and allowing for the use of the Patron's Seat where team owners can race themselves, or appoint someone to race on their behalf. The eight city-based franchises are expected to be revealed soon.

Akbar Ebrahim, President of the FMSCI said "The league promises to give opportunities to young Indian drivers to rub shoulders with famous International drivers and compete with them on an even platform. And with a solid media plan in place, the talented young drivers from India will find that this like the IPL will become an ideal platform for the world to recognise their talents." He continued to say that the promotion of women in motorsport was a key aspect of the championship, while also stating that the street circuits, which will bring racing action straight to the fans, is a huge bonus too.

Aditya Patel said, "Armaan and I have been discussing the concept of a Motorsport league for a couple of years now and we're excited to finally be able to get our idea of the ground and to the market. We believe that our concept will change the way people look at Motorsport, not just in India but all over the world as well. We thank the FMSCI for their support of the league and backing our vision. We cannot wait for the Indian audiences to experience motorsports like never before."

Meanwhile Armaan Ebrahim spoke of the visibility that the format would offer the team owners, "Team owners in X1 are guaranteed high-visibility and potentially high-ROI due to the sound commercial model of ownership of the teams, and also revenue distribution of the league. At 6.5-7Cr per year all-inclusive, ownership is priced super competitively as all aspects are managed centrally to optimise and streamline the costs."