All you need to know: Nissan's second coming, the all-electric Ariya crossover

To say that the 2021 Nissan Ariya is an important milestone for the Japanese company would be an understatement; it's a self-attested turning point for Nissan. Spearheading the Nissan NEXT transformation plan, the all-electric Ariya will go on sale in Japan by mid-2021, priced at 5 million yen (Rs 35 lakh converted) to take on the likes of Tesla's Model Y crossover. It certainly appears well-equipped to do so, with battery options ranging from 65-90kWh, and power outputs from 217-394PS with an estimated driving range between 450-610km. Both battery sizes are available in two- or all-wheel drive variants, with 0-100kmph performance dipping to 5.1s for the latter. 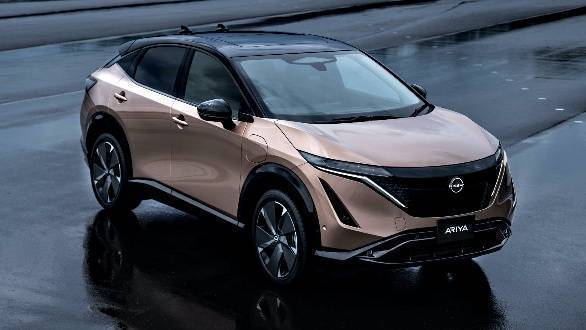 Timeless Japanese Futurism is what Nissan calls its new minimalist design language and we couldn't have said it better. The Ariya looks like it hasn't forgotten its concept car roots, with a high-set waistline, tapering roof line and futuristic LED lighting at either end. 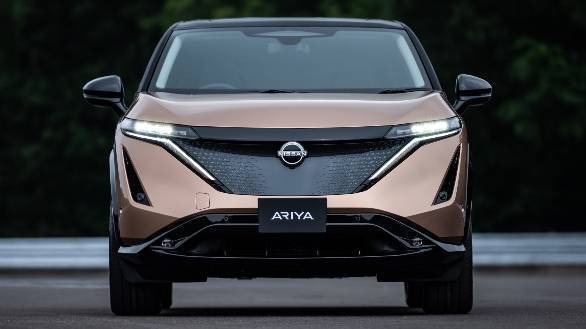 It's a look that's likely to influence future Nissan SUV models as well. Nissan has reinvented its V-Motion grille, into what it calls a 'shield' with a traditional Japanese kumiko pattern underneath, while the new Nissan logo is backlit by LEDs. The 19-inch wheels help keep the concept-look alive, and ride on 235/55 section tyres, with 20-inch wheels available as an option. This particular shade of copper on the launch car, Akatsuki, is meant to express the moment just before dawn, and somewhat less poetically, the dawn of a new automotive era. 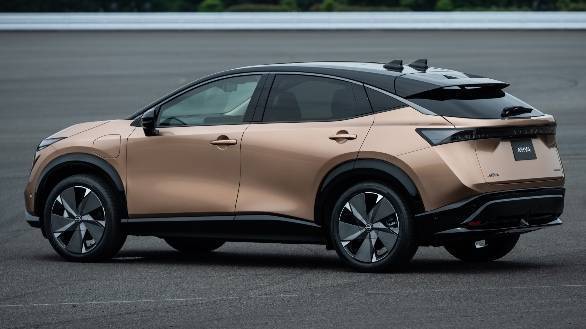 The Ariya's dimensions of 4,595mm in length, 1,850mm width, 1,655mm height make it about the size of a Honda CR-V, but Nissan's engineers have taken full advantage of its electric-only drivetrain and flat floor to liberate more space in the cabin, thanks to an impressive 2,775mm long wheelbase. 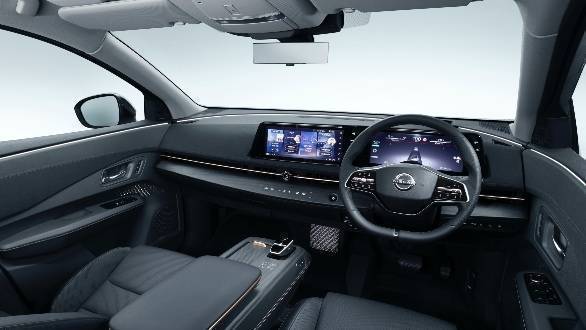 Thanks to that clever engineering, components such as the AC condenser and the like have been positioned under the hood, freeing up space for a wrap-around dashboard that wouldn't look out of place on the bridge of a sci-fi starship. Seemingly devoid of switches (except for a very avant garden 'power' button) under the two 12-inch touchscreens, the wooden panel hides haptic back-lit switches for the climate control. With no transmission tunnel to account for, the centre console can be positioned according to driver preference, with Nissan's slim profile Zero Gravity seats freeing up more space in the cabin. Nissan promises lounge-like seating, and up to 466-litres of boot space for the 2WD model. 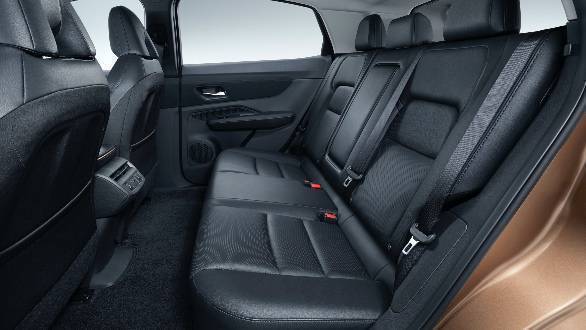 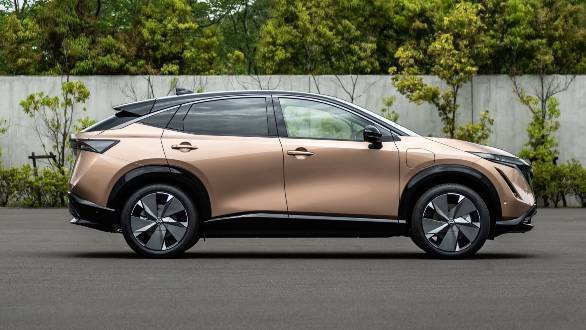 The Ariya will have the highest level of Nissan's Intelligent Mobility, ProPilot 2.0, which offers autonomous driving capabilities even on single-lane highways. But Nissan has also dug into its vast experience with the GT-R's ATTESA all-wheel drive and torque vectoring systems to come up with e-4ORCE, the Ariya's twin electric motor all-wheel drive system that promises fast, usable performance under all conditions. Nissan claims that up to 375km of range can be recovered with a 30 minute charge from a 130kW source.