Analysis: The Yamaha YZF-R25 might have an India-specific engine at launch

Yamaha showed off a 249cc twin-powered R25 concept with styling from the YZR-M1 at Tokyo. However, we are not yet convinced that the Indian YZF-R25 will have a parallel twin in India at launch. Here is why.

The engine in the R25 Concept

The concept has, as you've read everywhere, a twin-cylinder engine. It is a parallel twin hidden behind the radiator and the fairing with two skinny header pipes clearly visible exiting under the bottom of the radiator before disappearing under the engine. The official document also noted that the engine is a 249cc parallel twin, and it is both liquid-cooled as well as fuel-injected. I spoke to the head of the project for the motorcycle at Tokyo to find out more. 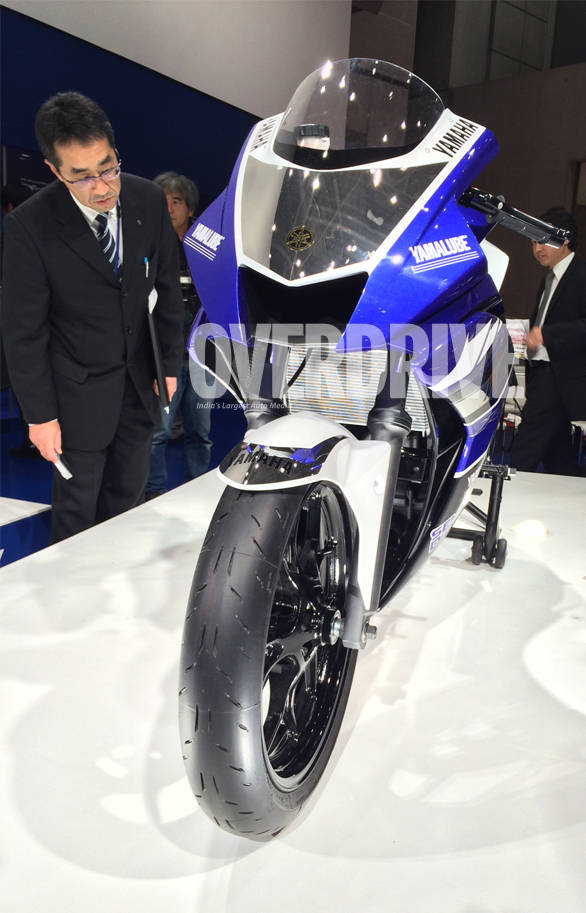 He said that the engine was a twin for a very specific reason. The motorcycle derives more than just styling from the YZR-M1. It also wants to feel as thrilling to ride as an M1. Which is why the single cylinder option for the motorcycle - which might have made the R25 cost-competitive against the CBR250R - less attractive for the concept.

However, the man also noted that this was a concept. Which means the engine could be changed in configuration, setup or otherwise depending on the requirement. What was presented was an idea, not the final form of the R25.

Will it be a twin for India?

It depends on how brave Yamaha is feeling and in the recent past, they haven't been noted for their courage in India. Their sales are up on the back of their scooters and their commuters and the concentrated effort Yamaha has made to distance the Indian perception of the brand from performance does, on the fact of it, appears to be paying off. 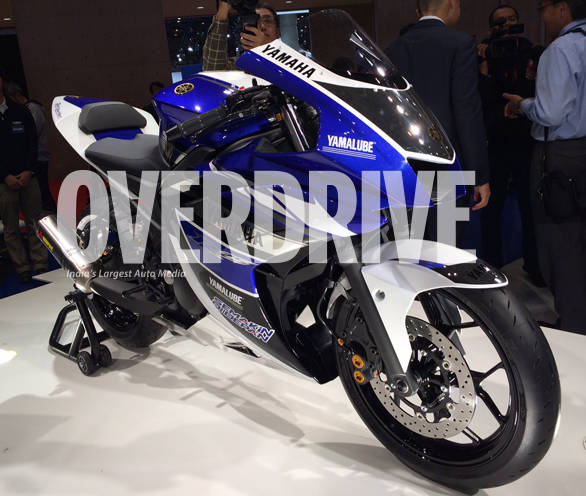 However, a twin cylinder engine, while exciting has a cost implication. Even if Bajaj and Kawasaki were to put the Ninja 300 into Indian manufacturing - not just assembly - it would be significantly more expensive to make and sell than the single-cylinder Honda CBR250R. In the same way, the Yamaha YZF-R25 if it went on sale in India wearing a twin-cylinder 249cc engine, I would imagine that the price would be around the Rs 2.8-Rs 3 lakh mark not lower. This might be about Rs 1 lakh lower than the Ninja 300 but it would also be markedly higher than the likes of the KTM RC390 and the Honda CBR250R/CBR300R.

Which in turn means the YZF-R25 would have to have seriously outstanding performance coming from that twin to make sense of its high price. Now, how much performance you could derive in street legal form also has a price implication. The higher the performance, the more exotic bits go into the bike. Chances are Yamaha will have to import these and that will raise prices further.

So how much power could a twin make? A 250 twin in street-legal form to my mind should be able to make about 35-38PS. And in this form it will be a high-revving screamer, far more than, for instance, the Ninja 250R which made 33PS. Fuel economy, though not a primary core focus area for a motorcycle like this, will be low, between 18-25kmpl depending on riding if this kind of power is to be extracted.

As you can see, that's not a lot of power given than the competition makes this much power or more using more displacement and single cylinders to create a more attractive price-performance point. A twin cylinder R25 might sound exciting but it also looks commercially less viable than it should in India.

The logic for an India-specific engine

Which is why I keep coming to back to the thought that while the rest of the world might see a screamer of a twin, we might actually be a market potentially big enough to warrant a cheaper to make and sell single cylinder option. In this case power would be in the 27-30PS region. This sounds like a lot to extract from a single but is actually the same ballpark specific output as the R15 - technologically possible and cost-wise also possible. 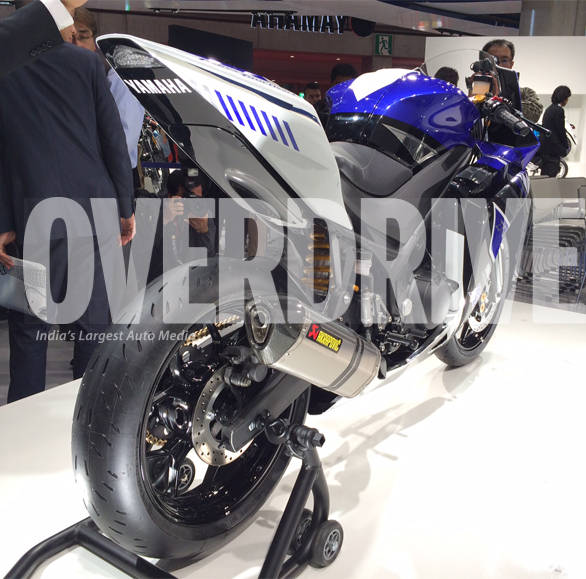 If a manufacturer thought the market for a bike like this in India was too small, they wouldn't normally invest in an engine specific to a small market. But clearly, we are not that small a market and everyone expects the Indian 250cc and higher space in the market to boom in three-four years from now.

The rest of the motorcycle

Apart from missing switchgear, lights and bit, the motorcycle looked ready. The Akrapovic exhaust is clearly a cherry on top kind of bit and Yamaha is unlikely to sell it even as an option in India. We expect that the hole in the fairing will give form to the headlights that will replace them in the production fairing and that most of the rest of the bike will make production, in slightly toned down, mass-production friendly form. 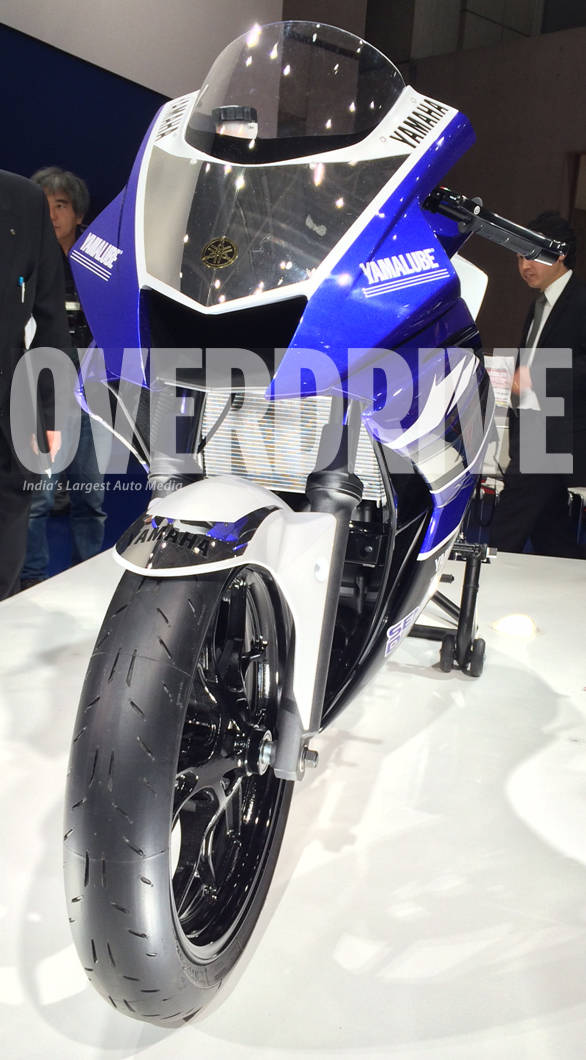