The one topic that has been receiving a lot of attention lately by most car manufacturers is not design or comfort, but the infotainment system. Most of the cars sold in India that come with touchscreen units are offered with Apple CarPlay and Google Android Auto. Earlier this month, we told you about Apple adding more features to its Apple Maps application wherein vehicles with Apple CarPlay enabled infotainment system can make use of the voice navigation feature with the help of their iOS and macOS devices. More importantly, the Apple Maps update has also received turn-by-turn navigation. And now it's Google's turn to tweak their smart driving companion and make it more convenient for consumers. 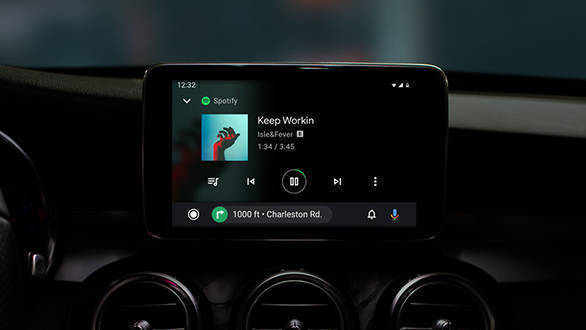 From the information that has been released, Android Auto's new version that should be released shortly is believed to get more intuitive and will have lesser options to click and tap to access different functions. What makes it kinda cool is that it will have a new dark mode which will be its default setting. More importantly, the navigation experience of Android Auto is expected to get better with a new design and an updated navigation bar that will be placed at the bottom of the screen to replace the static white buttons that are positioned against a black background. With this new layout, the driver can quickly access the different functions without switching to the main application. 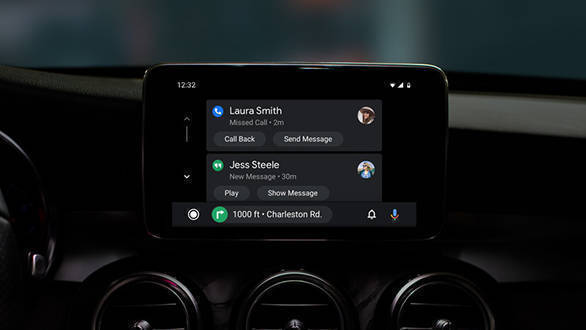 This can be understood with this example. If you have set a location on Google Maps and are driving towards your destination, you don't need to have the application on in its full version as the system will show turn-by-turn directions on the screen and you can continue using other applications. On the other hand, if Google Maps is on and you need to access music, the navigation bar placed underneath will show options to change, play or pause tracks for applications like Spotify and others that are approved by Android Auto.