Apple, the maker of the ultra-profitable iPhone and its operating system, iOS, revealed the new version at the opening of its annual developer conference in the US. The new Apple software, called iOS 11, was revealed in part as the keynote for the World Wide Developer Conference, or WWDC, in California, USA. While the other software features are excellent, boring, incremental or irrelevant - Apple's updates to CarPlay, its suite of apps designed specifically to work with a compatible in-car infotainment set-up caught our eye. The new feature is called Do Not Disturb While Driving. Apple already has a feature called Do Not Disturb - marked by a crescent moon on the top bar where it silences all notifications and does not light up the screen, for example, in the night. A caller is not allowed to ring the phone, albeit a second call from that number is assumed to be urgent and allowed to get through. 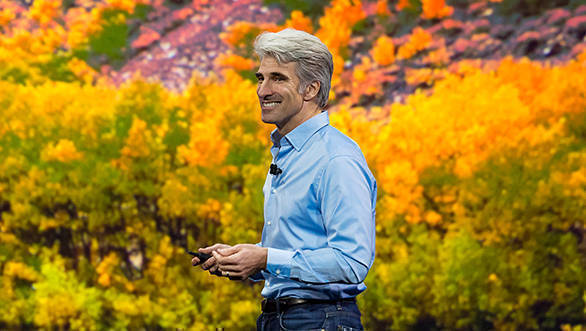 Craig Federighi, SVP, software engineering, Apple during the WWDC 2017 keynote. He presented iOS 11 which will be released in the fall - around September - with the new Do Not Disturb While Driving feature in its CarPlay suite of in-car apps

The new Apple iOS 11 feature, Do Not Disturb While Driving (DNDWD) will be deployed to all compatible iPhones and iPads when the operating system rolls out later this year. Apple has not given a clear date, but usually this is a September event. What DNDWD does is effectively exactly the same as its Do Not Disturb feature. It silences notifications and stops the screen from lighting up when they arrive. Apple says the software uses Bluetooth and Wi-Fi to determine if the car is moving and blanks the screen out. The feature also allows a passenger to confirm that they are, in fact, not driving and bypass the distraction barrier. 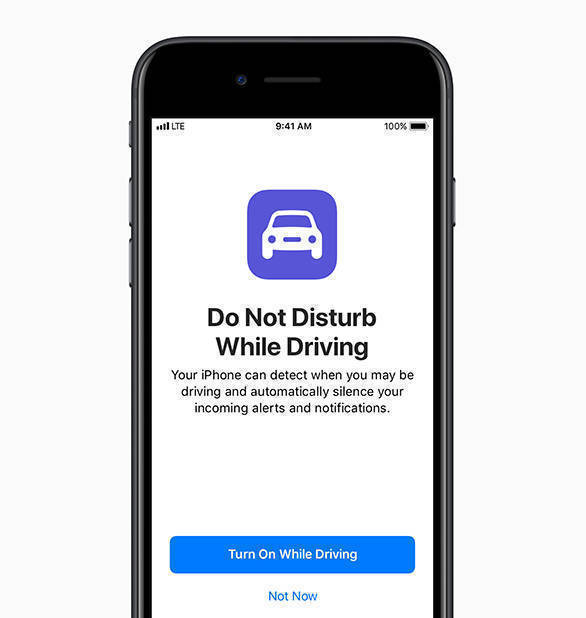 The Do Not Disturb While Driving can be enabled and it will detect using Bluetooth and Wi-Fi if the car is moving and silence all incoming notifications until the car stops. The new feature is part of the CarPlay in the new Apple iOS 11

Apple says iOS' DNDWD will also be able to auto-reply to incoming messages saying that you are driving and will read the message later. If enabled, a reply saying "Urgent" will prompt you to take a look, though. The phone user can also whitelist specific contacts - just like the favourites list with Do Not Disturb - who can generate notifications at will. 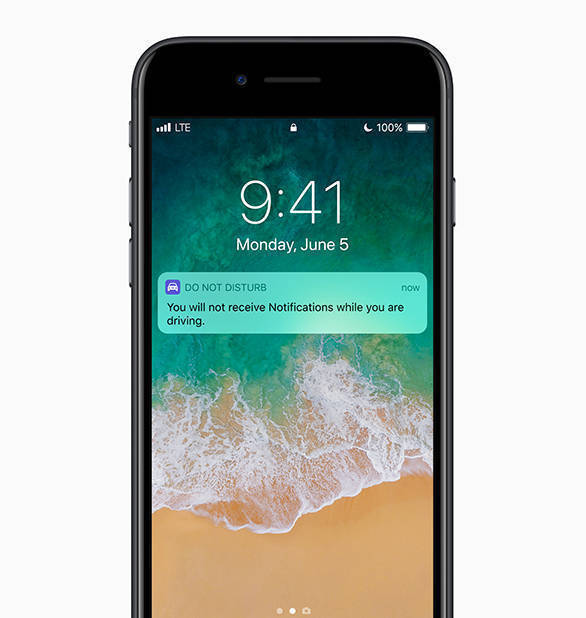 Texting while driving has repeatedly been called out as the biggest distraction when driving. Speaking on the phone is less distracting although it is pretty clear that just not using the phone for anything at all is the only sure-fire way to drive distraction-free. 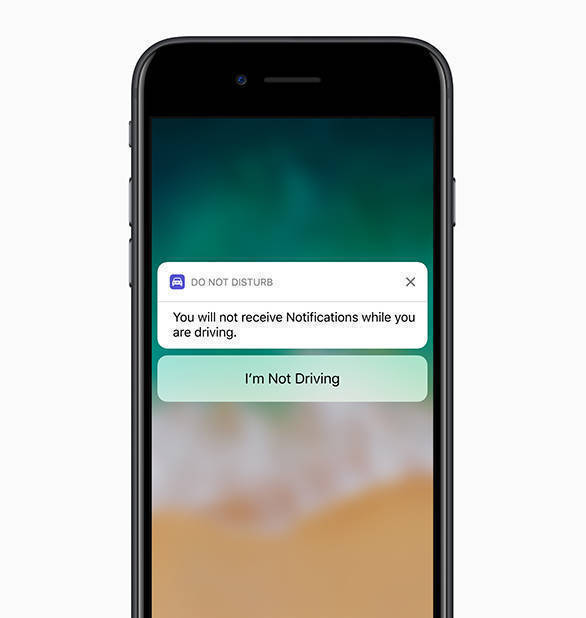 A passenger in the car can bypass the new Do Not Disturb While Driving in iOS 11. Drivers call also set up auto-response features and whitelist-specific contacts who can get through

Apple also rolled out other updates like lane guidance to its Maps app although its India map data still lags behind the dominant map player, Google Maps.