Apple's fleet of autonomous vehicles is second largest in USA

In a recent filing with the United States DMV in California, Apple has shown its fleet of autonomous driving vehicles to stand at 55. This puts it in the second spot after GM-owned Cruise Automation's 104 vehicles and in front of Alphabet Waymo's 51 vehicles.

Unlike its competitiors though, Apple hasn't yet applied for a driverless testing permit in California since they started being issued March onwards. This means that Apple will always need to have one of its 83 drivers in its autonomous cars. GM and Waymo on the other hand have 407 and 339 drivers on their rolls. 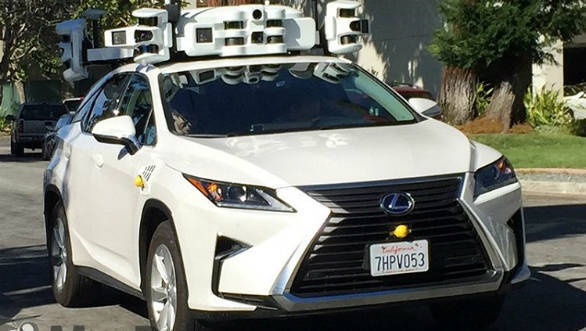 Apple has been a bit delayed to come up with an effective driverless car program but is how showing increased focus in this segement. Apple CEO tim Cook recently said that they are very focused on autonomous systems. We have a large project going and are making a big investment in this. He went on described autonomy as the "mother of all AI projects."
The company started this program with three vehicles in April 2017 whcich grew to 27 vehicles in Januray 2018.

Apple uses modified Lexus RX 450h SUVs equipped with a Logitech steering wheel and pedal kit with drive-by-wire technology fixed in the rear seat for the driver to intervene with. It's self-driving development platform is capable of sending electronic commands for steering, accelerating, and decelerating and can carry out some other driving tasks when needed, using tech similar to what is found in all autonomous vehicles.

It is no surprise to see Apple's interst in this field. The company has a history of being on the top all the latest developments in the tech sphere and also cause disruptions in segments it hasn't been present in before. Driverless cars are the next big thing in transport and AI, and it makes sense for Apple to be actively involved in this.