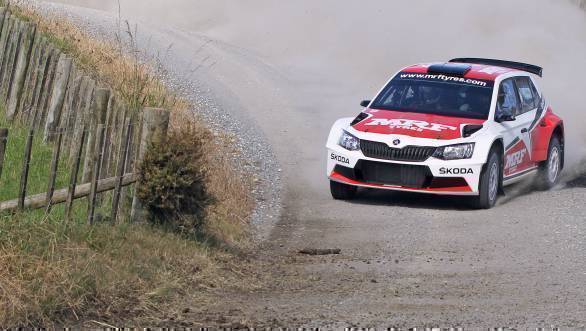 Gaurav Gill's first outing in the brand new Skoda Fabia R5 was a terrific success. The 2013 Asia Pacific Rally Champion managed to top the unofficial timing sheets at the three-hour test session that was held just ahead of the first round of the 2016 APRC season, the International Rally of Whangharei in New Zealand.

Gill, co-driven by Glenn Macneall, drove the 1.6-litre turbo-charged Skoda R5 for the very first time. In his first ever outing in the car, the 34-year old driver, who said he's pleased to be driving a car that is on par with world class machines, set a timing of 1min 4sec. This was well ahead of his team-mate for the 2016 season, German rally driver Fabian Kreim (co-driven by Frank Christian). Gill averaged a speed of 134kph over the 2.4 km long gravel track.

Given that it was his first outing in the car, Gill took to it very quickly, even declaring that he was happy with the setup of the car and the performance of the tyres too. 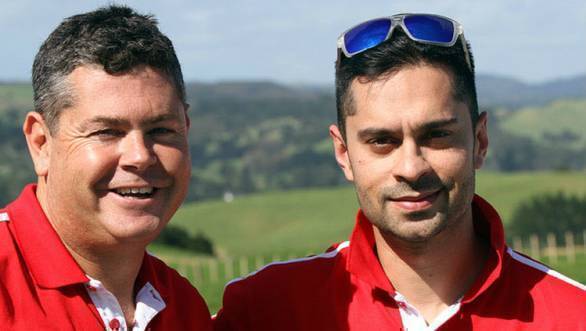 "It was a good outing today. It took me a while go get used to the highly responsive car which I am driving for the first time. I had to make a few changes in the way I drove, especially in terms of being more aggressive through the corners so as to work the chassis and the grip to their optimum level," Gill remarked.

He continued to say, "The tyres too were excellent and afforded good grip. I had to be more precise in the R5 than in the S2000. The R5 responds well, and with the right kind of a set-up, it is a great car to drive."

Since Gill is so pleased with his car, there's every chance that he might manage to repeat his performance of 2015, where he took victory at the season-opener, his lone win of the season.

Things didn't go quite as well for Kreim, who does have more experience with the R5, having already driven the car in the 2016 German Rally Championship. The 23-year old's inexperience on gravel showed as he tried coming to terms with driving Pontus Tidemand's championship-winning car from 2015.

"The German championship is a fully tarmac series and so, I am driving on the gravel surface for the first time. I had to make changes in my driving style with so much of sideways movement through the corners, but it was fun today. I am happy with the MRF tyres which offered a lot of traction and mid-corner grip," said Kreim.

The first round of the season at Whangarei will begin on Friday and will have special stages that total to approximately 275km. We will keep you posted on how Gill and the rest of Team MRF Skoda perform in New Zealand. Watch this space.