APRC 2017: Gaurav Gill fastest at the Super Special Stage of Rally of Whangarei

Team MRF Tyres' Gaurav Gill managed to set the pace after the night run of the Super Special Stage at the first round of the Asia Pacific Rally Championship at the Rally of Whangarei. Gill set a time of 1min 49.2sec, a full 2.5 seconds faster than his new team-mate Ole Christian Veiby, who set the fastest time during the shakedown. Veiby's time of 1min 51.7sec was followed by Jari Ketomaa, who clocked a time of 1min 52.9sec. 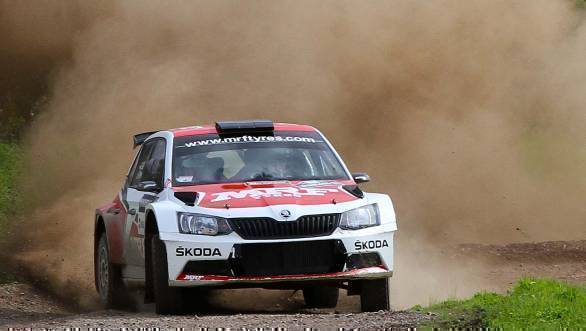 Gaurav Gill in action at the Rally of Whangarei, the first round of the 2017 Asia Pacific Rally Championship

"I am hoping it will rain tomorrow, not much, but just enough so that it will help us. Our MRF tyres have been working well and a bit of rain will be to our advantage," said Gill during the pre-event press conference that followed the shakedown session.

The results of the Super Special Stage mean that Gill has an early lead at the rally, and hopes to build on the momentum. Saturday will see all the competitors run two loops of the four Special Stages, with Gill being familiar with some stages. Veiby, however, does have the advantage of knowing the equipment that is the Skoda Fabia R5, better. 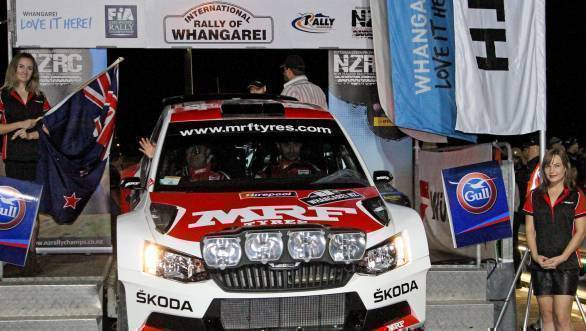 "Everything is new for me, but I hope to perform well for our team. The Stages are a bit slippery because of the gravel. However, I think we have the right set-up to do well," said Veiby.