Aprilia Tuono 125 might be launched in India this year

Like the names suggests, the Tuono 125 takes sstyling cues from the Tuono 1100 V4 and gets a bikini-fairing, an engine cowl and a swept up tail along with the signature twin-headlamp setup. It will be offered in two colour schemes, black and silver to start with. The pictures show us an aluminium perimeter frame with the engine probably as a stressed member, just like the big bikes. The rear-sub-frame ought to be tubular and it gets a slightly upright stance like a street bike. 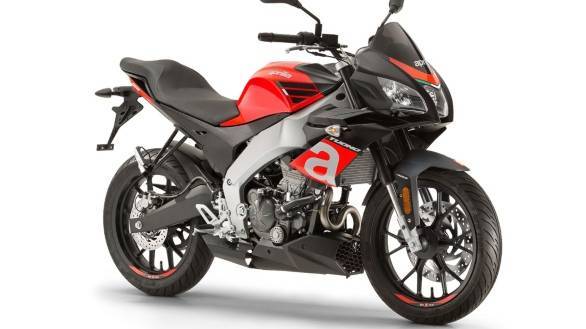 The Aprilia Tuono 125 will be powered by a 124.2cc 4-valve liquid cooled single cylinder petrol engine that develops roughly 15PS of power and almost 11Nm of torque, if it is the brought to India in the global set of tune. It gets electronic fuel injection to adhere to the stricter BSVI norms. It also gets a 14.5-litre fuel tank as per the Indian website.

In the front, you will get a 40mm upside down forks with 110mm travel while the rear might be a pre-load adjustable monoshock suspension with 130mm wheel travel. With 300mm discs in the front and 218mm disc in the back, the Tuono will also get ABS, being a performance motorcycle. Running 17-inch six-spoke alloys, the seat height is 810mm. 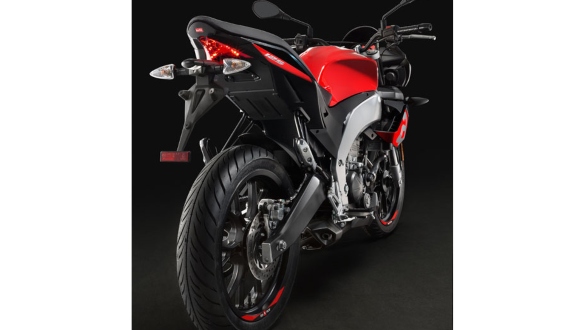 Aprilia has already positioned itself as a premium performance brand even in the scooter segment and it will help peg the Tuono against the KTM Duke 125 and the RC 125 as a direct competitor, but a faired one at that. If priced right, about Rs 1.3 lakh to 1.4 lakh, it can also take on the Yamaha R15 V3.

If the Tuono pilot runs well, we could also expect Aprilia to bring in the RS 150 fully-faired motorcycle next year.