The Automotive Research Association of India (ARAI) have announced that they will collaborate with the Vikram Sarabhai Space Centre (VSSC) to develop a battery for passenger electric and hybrid vehicles using technology developed for space applications. Once a product has been developed after sufficient testing, ARAI will offer this technology to manufacturers for mass production in order to significantly reduce the cost of these batteries. 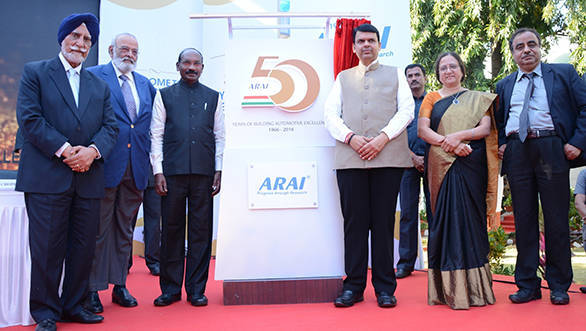 Most electric vehicles and hybrids are produced and sold in other countries, but with the Government's strict import policies, bringing them to India proves to be very expensive. However, this project promotes the Make in India initiative and aims to "bring down the cost of the battery to less than a tenth of what an imported one costs," says Dr K Sivan, director of VSSC.

According to Rashmi Urdhwareshe, ARAI's director, they will work towards developing and testing a prototype within one year. She also said that ARAI would develop battery and thermal management systems to ensure that these batteries are safe for passengers. "Thereafter the industry should come forward to manufacture these batteries for supplying to automobile manufacturers keeping in mind the affordability aspect," she added.

This project will help automotive manufacturers in India develop hybrid and electric vehicles without relying on foreign companies for development of these batteries, thereby reducing the cost of manufacturing. With this kind of technology in the brew, it is very likely that we'll see a lot of affordable electric vehicles hit the market in a couple years.