Arjun finishes in top 10 at Monza

Arjun Maini, the 17-year old lad from Bangalore finished in the top 10 at Round 4 of the FIA European Formula 3 series held at Monza, Italy. He added another point to his championship total while maintaining his overall position at 13th. 35 drivers from 17 countries are participating in the championship which is the highest level of junior formula racing in the world. 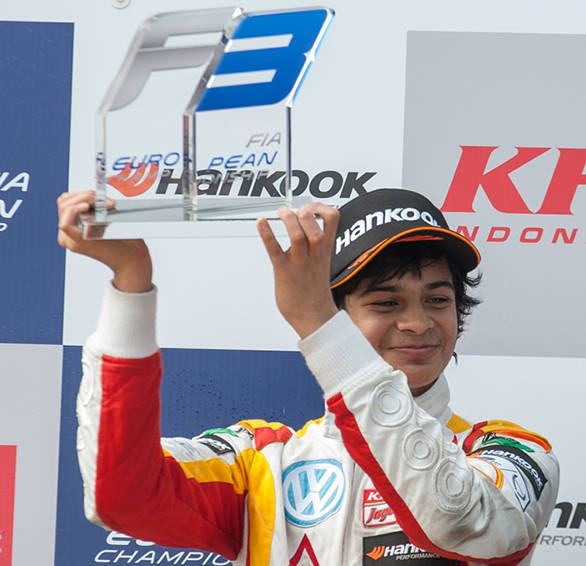 So far it's been a mixed bag for Arjun Maini in the series. At Race 1, despite a difficult start, he managed to overtake six positions and finish in 10th place. Race 2 was red flagged before the 75 per cent mark and it witnessed two flips. Due to Tatiana Calderon's crash, Arjun dropped further down the grid and finished 20th. On the third race, a few more events occurred which resulted in the race being red flagged just after three laps.

Arjun Maini though seemed optimistic about his status in the championship as he said that he was "happy to have been one of the few drivers to bring the car home without any significant damage."

He further added,"I'm a little disappointed that Race 3 was called off so early. In truth the weekend hasn't been the best for me and I was looking forward to working on my race craft. I hope we don't have further races such as these in the future. These first few races have been an eyeopener for me and I now look forward to spending some time back home before the second part of the championship begins in Spa. . . I'd like to thank my sponsors, JK Tyre and my Van Amersfoort Racing team for all the work they have done for me."

The championship will resume from June 20, 2015 at the historic Spa Francorchamps Circuit in Belgium.