18-year old Arjun Maini has confirmed that he will race with Team Motopark at the 2016 Formula 3 Macau Grand Prix on November 17. Maini started the 2016 season of the Formula 3 European Championship with team T-Sport and then drove in the GP3 Championship with Jenzer Motorsport, where he currently stands in the top 10. Maini says that the jump from a GP3 car to an F3 car won't be a problem as he is confident that he will be able to adapt quickly. 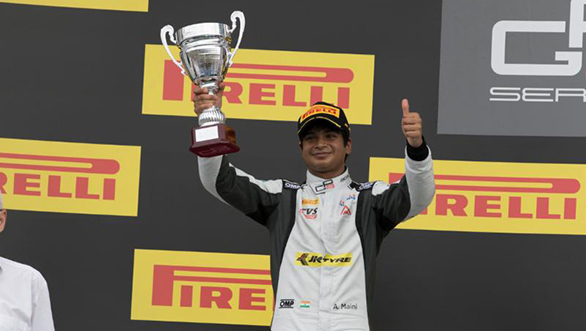 This will be the second time Maini is racing at Macau, after he finished in the top 10 last year. "Racing in Macau has always been amongst my more favourite experiences, the long straights and the narrow passages allow me to reach high speeds with the tact of keeping utmost control of the car," says Maini. According to him, Macau attracts some of the best drivers in the world, and that a strong performance will get the attention of other team principals.

So far, Team Motopark has won around 200 races and 23 international championship titles. Timo Rumpfkeil, the team principal, stated that Arjun showed impressive results during the tests and finds that he has very good speed and a very mature approach.