The FMSCI Awards ceremony that celebrates the achievements of Indian racers for the year gone by, was held in Delhi. Armaan Ebrahim was awarded the title of FMSCI Motorsports Man of the Year. He was awarded the Raymond Gautam Singhania Rolling Trophy along with prize money of Rs 2 lakh for his commendable performance at the Lamborghini Blancpain Super Trofeo Asia Series, where he won the final race at Fuji and finished second in the championship. "I am delighted to be recognised for this award by FMSCI and would like to take the opportunity to thank my family and supporters for their constant encouragement," said Ebrahim. 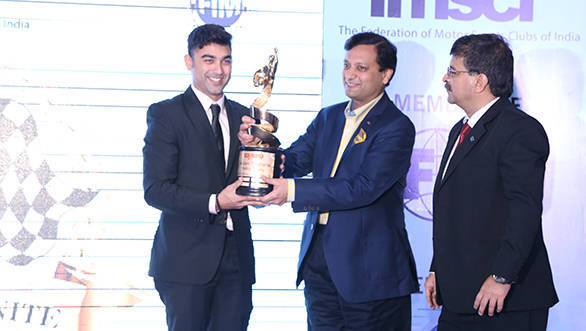 BI Chandhok, who is a founder of the FMSCI, was awarded the Lifetime Achievement award for his contribution towards the motorsport in India. "I am extremely privileged to be associated with the FMSCI. Being a motorsport enthusiast, I feel honoured to see the progression of motorsport in India. I would like to congratulate all recipients of the awards tonight and wish them all the best for the coming year. I would like to invite sponsors to come forward and extend their support towards motorsports in the country. It is with their support alone that we can unleash our true potential," said Chandhok. 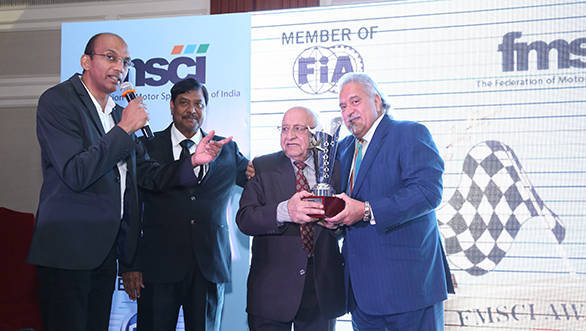 The ceremony also presented 99 other awards for eight different championships that were held in the 2015.

Winners from the 2015 racing season