In what seems to be a sign of progress in terms of safety norms for automobiles, the Guwahati High Court has barred the sale and launch of some vehicles in Assam. This order was a response to petitions that seek to make vehicles safer. The list affecting close to 140 models includes Maruti Suzuki's Alto and Swift, the Honda Jazz and Hyundai's Eon and i10. The petitioners felt that the Global NCAP regulations should be enforced, especially in mountainous regions like Assam. The order however, does not affect SUVs because of their size and higher capability to absorb impact. 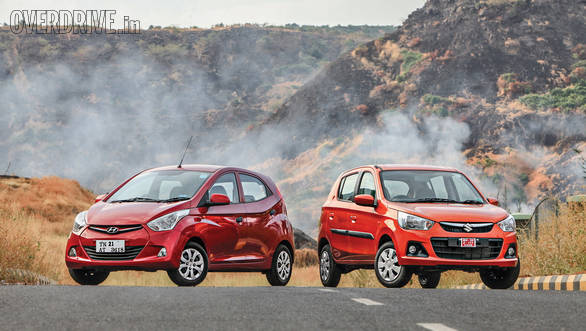 The court's interim order stated, "The Centre is directed not to permit the auto manufacturers to release and sell the small four-wheelers with a mass up to 1,500 kg and quadricycles without putting them to crash test and emission test."

The startled automotive manufacturers, who are trying to improve sales in an already sluggish automotive market, have made their case through SIAM (Society of Indian Automobile Manufacturers). According to SIAM, 12 per cent of car sales in India come from the north-eastern states. The manufacturers claim that their vehicles meet the mandated frontal crash test norms, known as the steering impact test. However, the stricter frontal offset crash tests will be implemented only in 2017 when the country would had the infrastructure to conduct them. Last year the Swift, Go, Alto, i10 and many other models were reported by the Global NCAP as being unsafe and to be removed from the Indian market immediately.