Aston Martin has launched the new Rapide in India at Rs 3.29crore (ex-Thane). The car will be available through Performance Cars (a division of Infinity Cars Private Limited). Speaking at the launch, Neil Slade, general manager, AMMENA , Aston Martin said, "The British marquee luxury sport automobile producer is especially excited to introduce the revamped 2016 model of the best selling Rapide to Indian automotive enthusiasts. This model offers unprecedented power and comfort at an extremely attractive price. India has been a market of strategic importance for Aston Martin and we are very delighted to launch the new Rapide in the country. Aston Martin has been very responsive to the demands of the Indian consumers and have therefore launched the new Rapide especially for India." 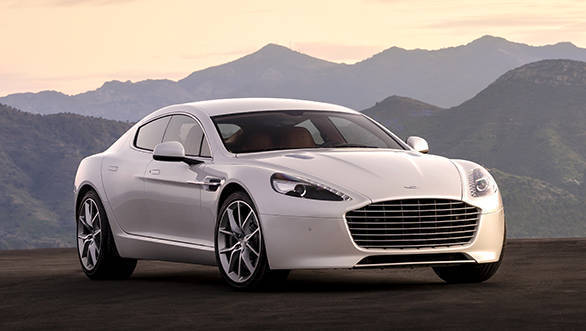 The new Rapide features a few changes to its design, the most prominent of which is the front grille. It is longer and larger than the previous model. Machined by hand and made of aluminimum, it gives the Rapide a distinct look. The company also states that it is the world's largest grille to have passed pedestrian safety norms.

The headlamps are new and feature DRL elements. The four door sports car gets a new, 6-litre, AM29, V12 engine that pumps out 510PS. Claimed 0-100kmph time is a mere 4.6 seconds and the car tops out at 306kmph. The engine features two ECUs, each of which monitor six engine cylinders.

The car also gets Aston Martin's new AMI III infotainment system. It is located in the centre console, and pops out when needed. The system consists of a 6.5-inch display that also has readouts for real time power and torque. It is compatible with Apple i-Phones too.

The Rapide gets dual pre-tensioning seat belts and load limiting technology for all four passengers, in addition to eight airbags. It claims the car's structure of advanced bonded aluminium effectively manages crash loads.