The new Aston Martin V12 speedster makes its global reveal and with a capping of only 88 units to be built. The Aston Martin V12 starts at a price of 7,65,000 pounds and the deliveries will begin in the first quarter of 2021. The V12 speedster takes elements from the DBS Superleggera and Vantage for its own platform. The V12 Speedster comes with Carbon Ceramic brakes of 410mm on the front axle, 360mm at the rear, multi-link rear suspension with coil springs, independent double-wishbone front and adaptive damping which provides for Sport, Sport+ and Track modes. 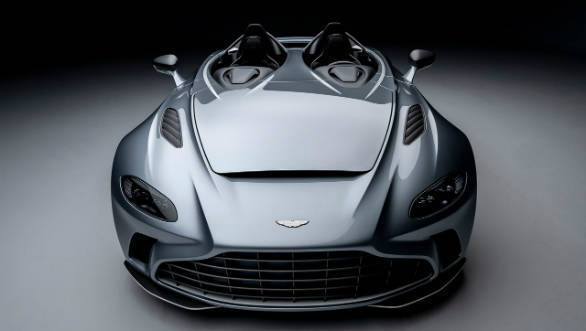 The interior of the car gets structural satin carbon fibre, contrasts with traditional hand-crafted saddle leather, chrome, aluminium and even 3D printed rubber, removable leather bag in place of a traditional glove box, and additional storage space under the rear bumps for luggage.

The V12 Speedster houses a 5.2-litre, twin-turbo V12 engine, with a peak output of 709PS and 753 Nm of torque. The quad-cam 48-valve engine is mated to a ZF 8-Speed automatic transmission with a limited-slip differential driving the rear wheels. The V12 Speedster can accelerate to a 100kmph in 3.5 seconds on the way to a limited top speed of 300kmph. 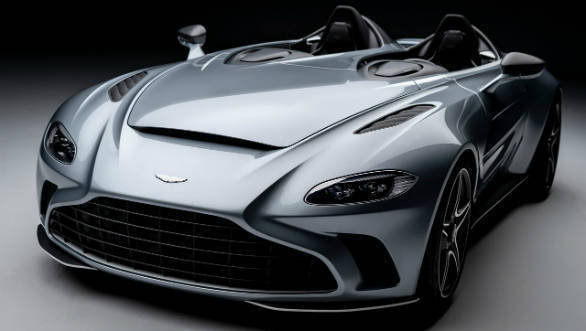 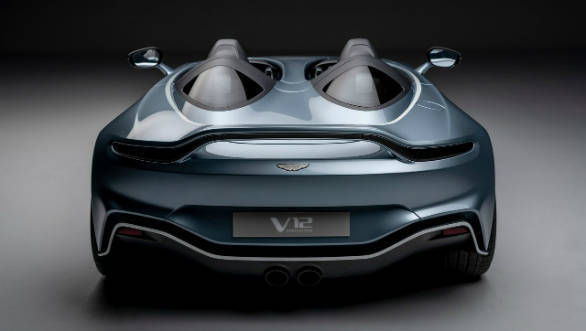 Miles Nurnberger, director of design at Aston Martin Lagonda, said "With the V12 Speedster, we do go back a step and look into our past for inspiration. Since the DB11 launch, everything has been focussed and very forward-looking. Here though, we find a different tempo. There's clear lineage from the 1959 Le Mans winning DBR1 to our Centenary celebratory CC100 Speedster Concept in 2013. There is also a bit of 1953 DB3S in the mid-section, so it really is our latest incarnation of the Speedster concept. It's also inspired by fighter jets as much as it is by our history, and it has been created to deliver an incredibly visceral experience, hence why it is a V12, rather than a V8. With the V12 Speedster we are amplifying all the emotional strings that we can to the absolute maximum."