Ather has added a better equipped and more range capable 450X to its portfolio, which at present only had the 450. The Ather 450X has been priced at Rs 99,000 that has to be paid upfront. However, there will be two performance packs - Pro and Plus that one has to subscribe to for Rs. 1,699 and 1,999 respectively every month, that will offer a range of 75km and 85km.

The company mentions, in states which have drafted EV policies with state sponsored subsidies on electric vehicles, the upfront price will be reduced when they are confirmed. For example, owners in Delhi could receive an additional subsidy of Rs. 14,500 and Maharashtra owners could receive Rs. 5000. Further, the company will also be offering a snooze mode option for users for 30 days per year at a nominal fee. 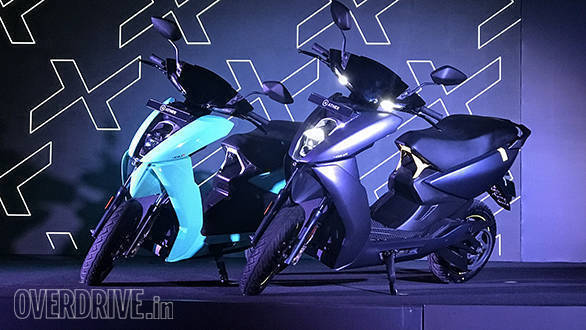 While the Ather 450X doesn't depart from the design theme of the 450, it still looks as edgy and well put together as the latter. There are no changes in the dimensions as well.

The futuristic tech laden 7-inch touchscreen has a new operating system that uses Android instead of Linux. This has enabled more applications such as Spotify and Google Maps. Also, the system uses e-sim with 4G for better connectivity. The battery pack now features Tesla-like 21700-type cells. This gives the scooter more battery density and efficiency, while dropping overall weight by 11kg, substantial for an already-light scooter. It's a non-removable 2.9kWh unit that slow-charges from 0-80 per cent in 3.25 hours, or fast-charges to the same level in an hour. Ather claims that the 450X can touch 60kmph from naught in 6.5 seconds. More on the Ather 450X's performance can be read in our first ride review. 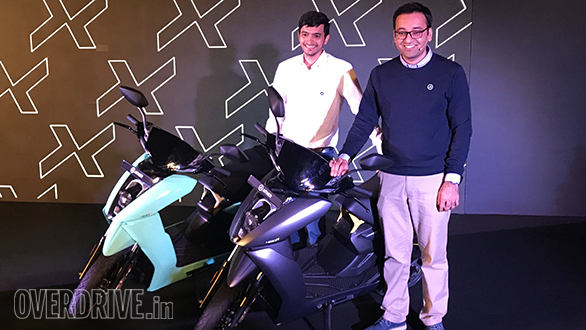 The Ather 450X will be available in 10 cities across India. All the company dealerships will also have fast-charging support.