Audi finally has an answer to the Mercedes-Benz S 600 Guard armoured car that blew our socks off last year. When the S 600 Guard came out, it was the only armoured luxury car that conformed to VR9 ballistic protection standard, which means it can withstand attack from assault rifles and sniper guns. VR9 is currently the highest ballistic rating there is for civilian high security vehicles. 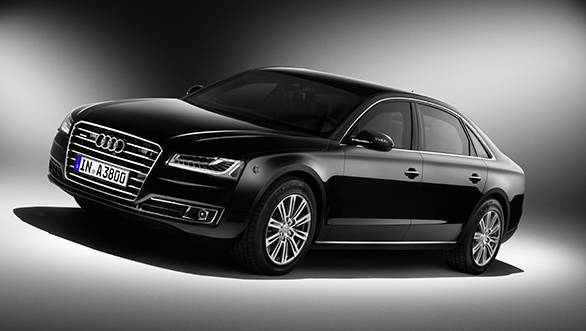 Audi now has launched the new A8 L Security which not only conforms to VR9 but also claims a 3.9 tonne kerbweight which is roughly 300kg less than what Mercedes claims for the S 600 Guard. There's also the added security of Quattro all-wheel drive as against the rear-wheel drive only Mercedes-Benz. Audi says that the weight savings were through the use of special aluminium alloys in addition to fire resistant aramid fabric and hot formed steel armour. Like the Mercedes-Benz S Guard, the Audi A8 L Security uses Michelin PAX tyres that allow high speed driving even when fully deflated for a distance of about 30km.

Standard equipment includes an armoured communication box in the boot, an intercom for communication with the outside world while an emergency escape system, fire extinguishing system and fresh air system can be optioned. Every A8 L Security is built under Audi's supervision through a partnership between the firms Neckarsulm plant and a separate factory that is in a secret and secure location. Considering the limited numbers, further individual requests can be catered to. 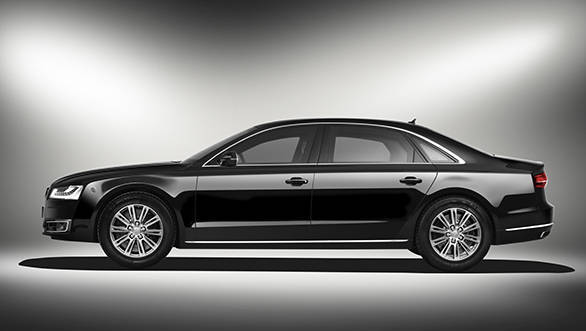 Audi offers two engines, a 4.0-litre twin turbo V8 that makes 435PS and 600Nm or a 6.0-litre W12 that makes 500PS and 625Nm. The W12 version will set you back by about Rs 11crore ex-showroom. In terms of value (if there is such a thing at this price range), the Rs 8.9 crore Mercedes-Benz S 600 Guard would appear the better deal as it offers the fire extinguishing system and fresh air system as standard. It also makes more power than both the Audi engines but costs less than both and weighs considerably more. But this is just clutching at straws. If you want to travel in complete luxury and absolute safety, these cars are at the top of the game.