The 2nd Union Budget of the current government will be a defining document in 2015 as it is expected to lay down the framework for policy reforms to get the economy back on track. The most keenly watched figure in the budget will be the worrisome fiscal deficit and how the government manages to restrict it. According to data released by the Controller General of Accounts, the fiscal deficit during April-December has already crossed 100% of the FY15 budget estimates. The shortfall in tax revenues and disinvestment proceeds could see some major expenditure prioritisation by the Government during the remaining part of the fiscal year.

While there are challenges on fiscal deficit front, the precipitous decline in the global crude oil prices, benign inflation trajectory and the reversal in the interest rate cycle will be the three major positives for the government.

We expect fiscal prudence to be the central theme for the budget and would be watchful about how the government maneuvers public expenditure on manufacturing and infrastructure. Besides, rationalisation of the tax structure could be explicit given fiscal consolidation to be achieved. However, given the increased thrust on infrastructure development, allocation of funds towards this segment might see some enhancement. 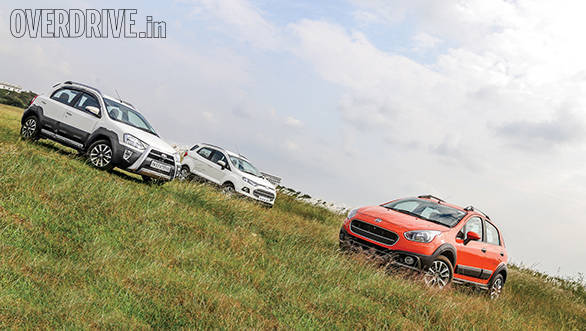 Accepting recommendations of the 14th Finance Commission would bring about a fundamental change in centers' area of policy intervention. It is likely that the share of states in the centre's tax revenue would be increased significantly from the current 32% as per 14th Finance Commission's recommendations. Greater devolution of taxes would provide more flexibility and power to the states in formulating their expenditure strategies. Politically, the increase could help the Government in resolving some of the pivotal issues between the centre and states towards introducing the Goods and Service Tax.

The automotive industry faced one of the most challenging times last year. Although economic growth factors remain favourable for boosting demand for vehicles across sectors going ahead, the removal of excise duty relief in December 2014 may hit OEMs to some extent. The industry had welcomed Budget 2015 and the focused approach on infrastructure development. Industry's expectations from the forthcoming Budget are high as it expects the policy measures to lead to creation of a favourable and stable policy environment.