The Evalia has not exactly set the cash registers at Nissan ringing. After its launch in September 2012, the company brought in an update to the MUV only late last year. However, at the expo, Nissan showcased another update to the Evalia. This one is significant enough because most of the earlier optional features are now standard. Here are the changes. 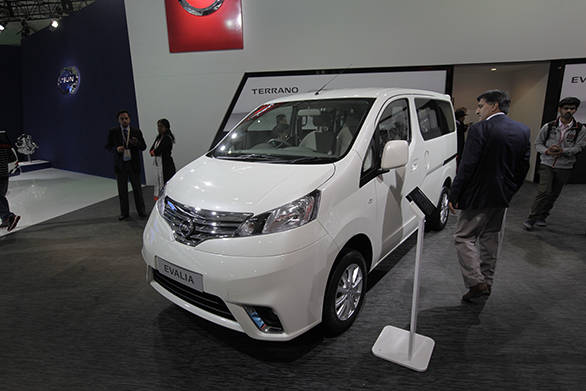 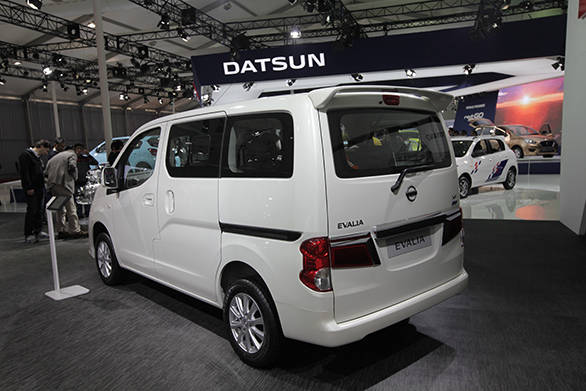 On the outside, the grille has been tweaked and the tail gate now has a chrome garnish. Inside, there is a new wooden cluster, new carpets and third row reading maps. The sliding doors have split open Euro windows and there is also a rear wiper and defogger. As part of standard features in the safety department are ABS, EBD, BA and engine immobilizer. Except for the base trim, all other variants receive airbags as well. There are seven colours of the Nissan Evalia to choose from. The Japanese company has four variants on offer for sale, however, Nissan hasn't announced any prices or when the updated Evalia will be on sale.