Vardenchi-Moto Morini has unveiled the ultra-premium Vardenchi T5 at the 2014 Auto Expo. Designed by Vardenchi in Navi Mumbai, the T5 is powered by Moto Morini's 1200cc V-Twin engine and will be launched in India soon.

While the model on display at the 2014 Auto Expo shows 19in/17in front/rear spoked wheels, the production T5 will get alloys as standard with the option of spoked wheels. 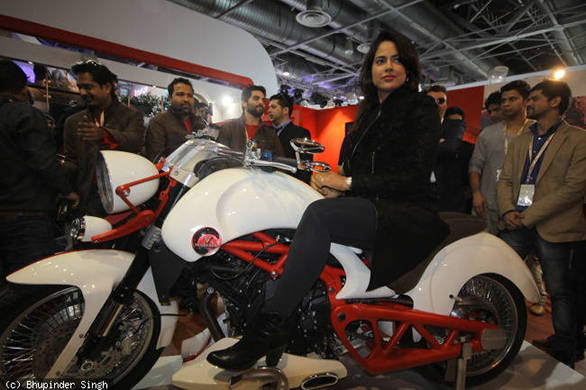 Twin exhaust one on each side of the underbelly, a trellis swingarm and digital instrumentation are some of the features that the T5 adorns, Vardenchi says.

The T5 will have Brembo discs dual in the front and single at the rear. The rear shock will be an Ohlins while the front is a Marzocchi upside down unit. 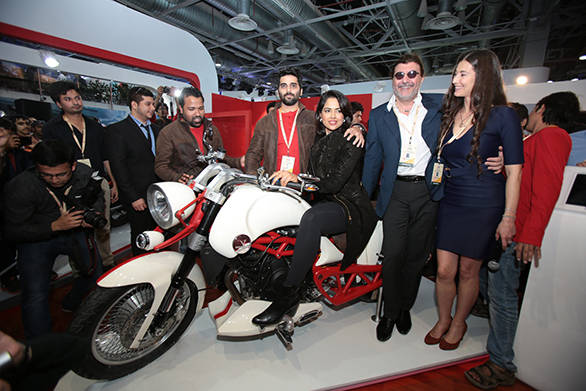 Since the Moto Morini engine is built for sports scramblers and sports tourers, its typical trellis frame has been blended into the one suited for a Vardenchi.

"It is a matter of great pride for us to put India on the map by launching India's first luxury motorcycle. Powered by the legendary high performance MotoMorini 1200cc V-Twin engine this motorcycle puts Vardenchi and India in the elite class of motorcycle manufacturer" says, Akshai Varde, founder-Vardenchi Motorcycles. 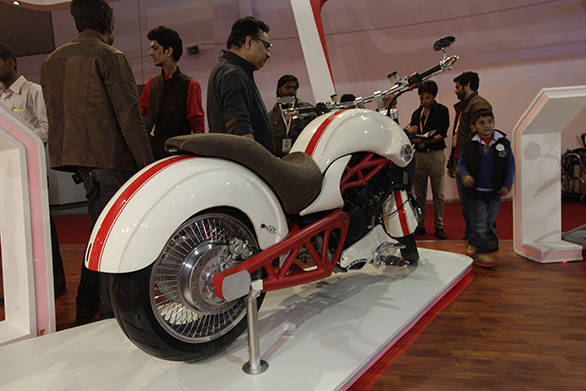 Other products unveiled by Vardenchi at the Auto Expo were the Moto Morini Scrambler and Granpasso.

Update: The Vardenchi T5 is not a concept but a production-ready model that will be launched in India soon.