The Auto Expo will have its fair share of exotic metal. Of these, the three highlight displays from Audi are bound to grab a lot of eyeballs. And for good reason too - scroll down to know why. 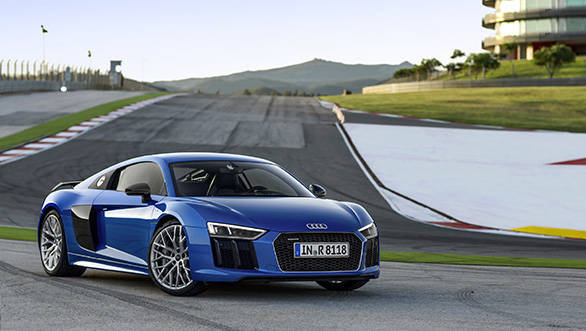 The first of the three highlight displays will be taken up by the new Audi R8, which is all set for its India unveil. The new R8 is a design that stays true to the older car, but takes it a step further in terms of features. It gets an entirely new front end light and grille combination and a tail section that is just as new. The side profile remains largely identical with just minor cosmetic updates. Inside, the car will get the Audi Virtual Cockpit with Audi Connect and MMI. More importantly, the new car shares 50 per cent of its components with the race winning LMS cars. It is also 15 per cent lighter than the outgoing model with the 5.2-litre V10 motor making 540PS. 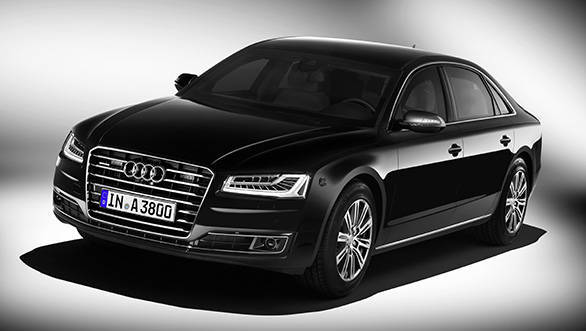 With the new A8 L Security, Audi has moved its armoured vehicle game up one notch. While the previous generation car was VR7 rated for ordinance resistance, the new car gets a VR9 rating. Which means that the car will be now resistant to light machine gun fire from weapons such as the M60. And thanks to the special aluminium construction, it is able to achieve this armour rating without adding as much weight as other cars with similar rating. The A8 L Security will also be the only car in the segment that offers all-wheel-drive. After being unveiled in Delhi, the car will be available for purchase on special order from Germany. 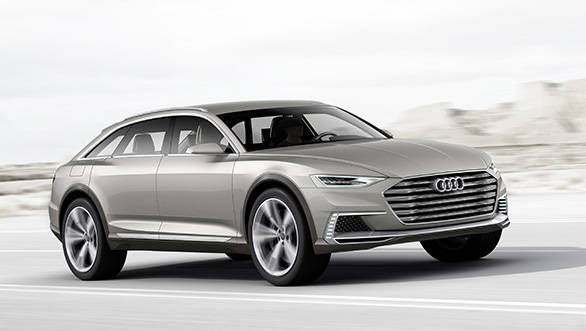 Audi will also be showing the Prologue Concept at the Expo. The Prologue coupe is a preview of the new design direction that the company is taking under the leadership of new design head  Marc Lichte. Being dimensionally larger than the A8 and having a coupe construction, this could be what the S-Class Coupe competitor from Audi looks like. Powered by Audi's 4.0-litre V8 making over 600PS mated to quattro, the concept is said to be able to hit 100kmph in under four seconds. It comes packed with technology - torque vectoring, self-leveling air suspension, four-wheel steering adaptive damping and next generation Audi Virtual Cockpit which uses three touchscreen interfaces to make the dashboard completely interactive.