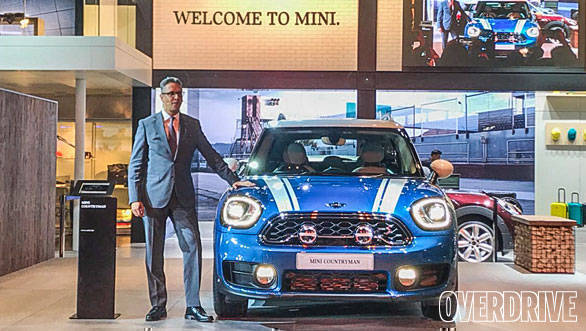 Speaking at the unveiling, Vikram Pawah , head , BMW Group, India said that Mini is the perfect fit for an urban environment and the all-new Mini Countryman offers a unique combination of functionality, everyday practicality and long-distance suitability.

The design looks like an evolution of the previous car whilst keeping basic elements of the first generation intact.

Engine options include a 2-litre, Twin Power Turbo,  four-cylinder petrol engine that develops 192 PS and 280 Nm. The Mini Countryman Cooper SD gets a four-cylinder diesel engine that generates a peak output of 190 hp and a maximum torque of 400 Nm. It can sprint from 0-100 kmph in 7.7 seconds up to a top speed is 220 km/hr. Both engines are mated to an eight-speed transmision. The Mini Countryman Cooper S JCW is equipped with aerodynamic kit, rear roof spoiler and 18-inch JCW thrill spoke alloy wheels.

The delivery of the car will begin in the latter half of the year, but customers can test-drive the vehicle at Mini India showrooms and dealers in a few weeks.