Auto Expo Day 1: 5 bikes you should not miss!

The first day of Auto Expo turned out to be a full-on bonanza for the motorcycle fans with a slew of launches (as in on sale with prices) and unveils (to be priced and to go on sale later). But as with anything, when you have such a lot of choice, it is good to prioritise. Here are the motorcycles from day one that you absolutely cannot miss seeing in no particular order. 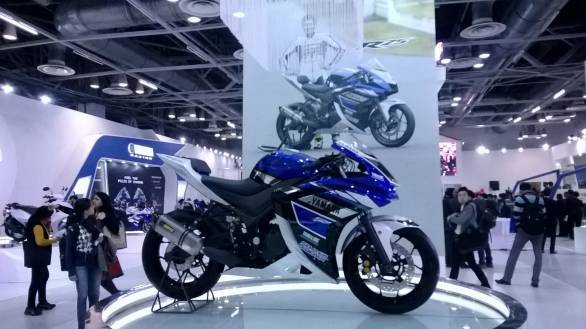 As unobtanium goes, Yamaha seems to have as good a handle on the art as anyone we've seen. So while we are being told that the R25 isn't on 2014's agenda, the concept that will slowly transform into the production motorcycle has pride of place at the Yamaha stand. It looks tremendous in the Yamaha white and blue paint and it's worth a good long look, if nothing else to close your eyes and imagine what it might be to ride a fast, light race-derived parallel twin-engined sportsbike. 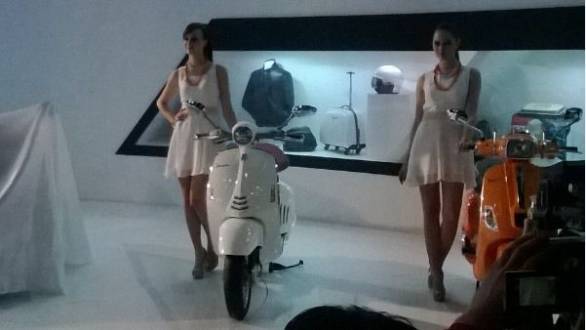 The Vespa 946 began life as a stunning concept that managed to bring together the retro-ness that marks all Vespas along with the sleekness of modern design. The result was such an incredible response that Piaggio had no choice but to put it into limited production, with eye-watering prices. Now Piaggio India has confirmed that the 946 will go on sale in India after the launch of the Vespa S which is to be in the next few weeks. The 946 is a must-see. It stands proud on the Vespa stand resplendent in white and while a pretty model sits upon it, it's the one scooter on the stand that completely and unashamedly outshines its feminine company. 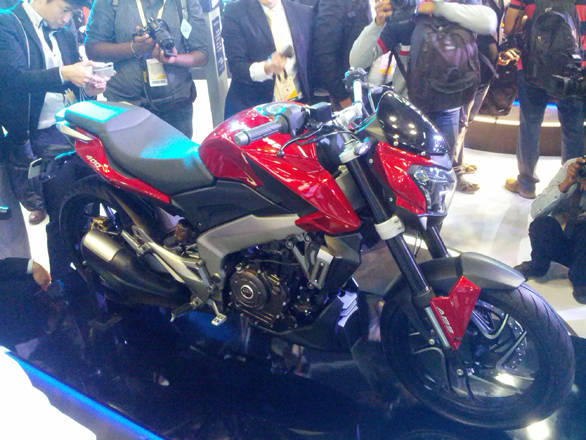 The SS400 in full production from has turned out to be a bit fussy and busy and while the overall impression is of a big sports motorcycle that's ready to go on sale, its thunder has been stolen. Because next to it is the CS400, a motorcycle that is likely to go sale maybe by April-May 2014. The CS features an engine based on the 390 Duke's 373cc engine (which is shares with the SS400). The CS stands for Cruising Sports and in form and in some of the detail there is a lot Ducati's Diavel in it. But in the flesh, in that dark red shape, the motorcycle looks absolutely smashing. Bajaj say the spirit of the Pulsar absolutely oozes out of the CS. We say, it's lovely to look at, will probably be smashing to ride and worth a long hard look. And it's a Bajaj which means you should be able to afford it easily. 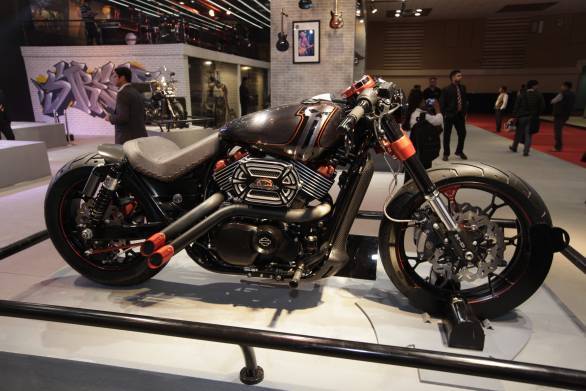 The Harley stand is full of the Street 750 customs but the one that brought us to a grinding halt in a thick blur of lust and longing was the Urban Concept. You'll spot it right at the mouth of the stall with a dark grille-d headlamp, dropped bars, some carbon fibre detail, lots of orange metal highlights and a low-slung pared-down look that looks absolutely gobsmacking. What a superb custom! 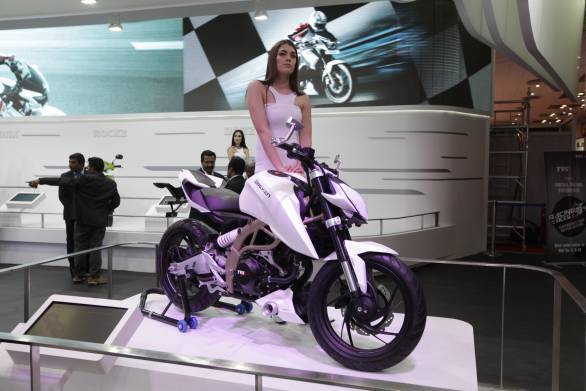 It is a strange name that reminds us strongly of a drunk dragon. However, It's a looker. The matte white paint, the dull gold trellis frame and a plethora of detail that looks absolutely fantastic make the Draken a dramatic 250cc promise. Further loveliness lies in the smart and sharp tail end - it is a single seater and the epic routing of the exhaust that ducks under the engine, snakes all the way back to the swingarm before coiling darkly back to exit out of the front engine cowl. There is a wealth of detail on the motorcycle that may not make production but as ideas go, the Draken is a promise that we believe TVS should keep.