Bajaj Auto issues statement regarding the hunger strike by its workers

Just a day ago, PTI reported that Bajaj Auto workers would be going on a two-day hunger strike. The hunger strike will be held on January 7 and January 8 to protest the management's anti-worker and anti-union activities. The strike was called by Vishwa Kalyan Kamgar Sanghatana which had stated that Bajaj Auto had adopted a strategy of terrorising and harassing workers. It stated that the union's active members have been transferred and issued false charge sheets and show-cause letters. Now, Bajaj Auto has issued a statement regarding the hunger strike called by its workers. It states that "the facts are contrary to reasons being cited by Vishwa Kalyan Kamgar Sanghatana (VKKS)".

The statement says, "As far as transfer/deputation of workmen from one plant to another is concerned, it has been a regular practice in the company to transfer the workmen on the basis of requirement of skills and need at other plants. In the present context, the union has filed four cases in the court challenging the transfer of workmen from Chakan to other plants. In three cases, where order has come, the Industrial Court, Pune, in its interim order, has held that the company has every right to transfer employees from one plant to other plants of the company. 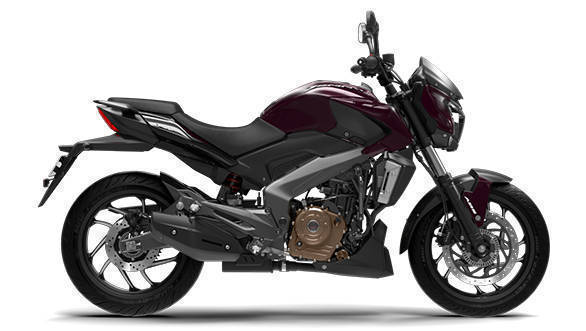 "VKKS leadership is always unreasonable and raises unrelated demands. During last wage review, which was due from April 2013, the union had come up with a similar unrealistic demand of allotment of shares to workmen and resorted to strike which lasted for 50 days causing huge financial losses to the workmen  and ultimately realised their mistakes and came back to work unconditionally. This time, it is the demand for reinstatement of dismissed workmen.

"The union should not raise the issues which are in fact non-existent and extend full support in growth and development of the company rather than creating unnecessary hindrances in smooth functioning of the company," the statement mentioned.

Bajaj Auto says that various proposals were made to the union for the salary increase, and negotiation was about to conclude. However, the union put forth an unreasonable demand of reinstatement of the workers of Chakan plant who were dismissed in the year 2013-14 from the services of the company for committing various acts of misconduct. Their cases are pending for adjudication before the court.

"Due to delay in wage review, a large number of workmen approached the management with a request to consider giving them upfront wage rise immediately in view of festival season in October 2016. The management found substance in the request made by the workmen and did not want its workmen to suffer financial hardship due to unrealistic demands made by the union. Management, therefore, declared wage rise ranging from Rs 10,000-11,500 based on experience of individual workman for a period of three years from April 01, 2016 to March 31, 2019." Bajaj Auto says that arrears for the period April 2016 to September 2016 were paid immediately.