Bajaj Auto has released a teaser video of its new V brand which we believe will be slotted between the Discover and the Pulsar. The teaser reveals that the new motorcycle is made from the metal of INS Vikrant, and is thus named 'V'.

The INS Vikrant was inducted into the Indian Navy on November 3, 1961. It played an important role in the 1971 Indo-Pak war as its Seahawk fighters completely devastated Pakistani forces. The aircraft carrier was decommissioned in 1997 and was sent to the scrap yard in 2014. Bajaj Auto plans to use the remains of this iconic aircraft carrier for its new V brand. 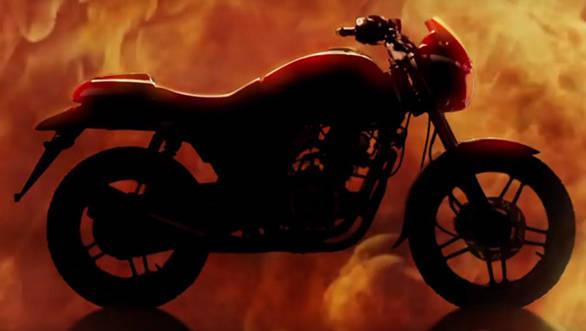 From the teaser, it can be seen that the new Bajaj V sports a retro classic styling. The relaxed position of the handlebar (with bar end weights) along with a single seat give it a cafe racer feel. It also features a bikini fairing, alloy wheels, rear cowl, an upswept exhaust and a single piece tail lamp unit. The motorcycle also gets a front disc brake. Importantly, it gets a 'made with the invincible metal of INS Vikrant' decal. 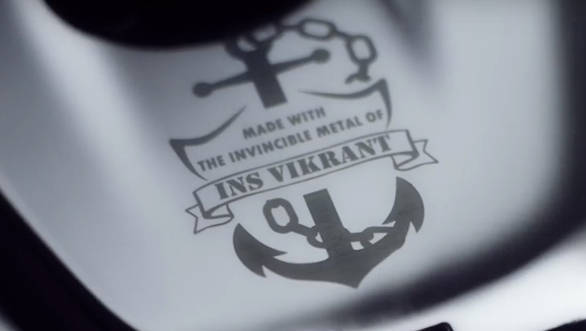 The details of the engine and variants of Bajaj V will be revealed on February 1, 2016. However, the compact size of the motor, as seen in the video, makes us believe that the Bajaj V will be powered by a 150cc motor, similar to the one used in Bajaj Discover 150F. 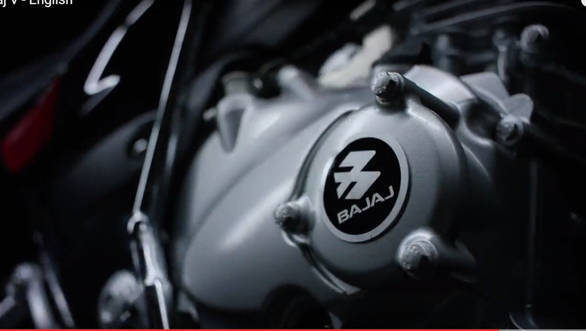 Eric Vas, president (motorcycle business), Bajaj Auto Ltd, said "For decades, the INS Vikrant has been celebrated as the pride of our country and is synonymous with Indian military capabilities and power projection. We are proud that Bajaj Auto is playing a role in keeping the legacy of India's first aircraft carrier alive."

He further added, "For the warship, the name Vikrant was taken from the Sanskrit word Vikr?nta meaning "stepping beyond", i.e. "courageous" or "bold".  These qualities also form the essence of our new brand. We are confident that the bike will carry the spirit and legacy of INS Vikrant forward and become one of the most path-breaking motorcycles, that customers will witness this year."

Since it uses components forged from the metal of INS Vikrant, the Bajaj V could be a limited edition motorcycle. Stay tuned for more updates.