Bajaj Urbanite Electric Scooter will be launched in India tomorrow - will replicate the success of Bajaj Chetak?

Bajaj Auto took a long break from making scooters, several years ago, to focus all its attention on motorcycles. And the manufacturer has been riding the wave quite well, especially with the Bajaj Pulsar becoming a phenomenal success. That said, the Bajaj Chetak remains to be one of the biggest identities for the Pune-based manufacturer, as it pretty much gave mobility to hundreds of thousands of middle-class families in India in the 1980s and 1990s. And hence, we weren't surprised when we first learnt of Bajaj Auto wanting to make a comeback into the scooter space. Interestingly, Bajaj Auto decided to take the electric scooter route though and for now at least, it appears Bajaj will not be working on an internal combustion engine powered scooter. We have been seeing test mules of the Bajaj Urbanite electric scooter for a while and now finally, the scooter is ready to go on sale.

[ Update: Catch the live launch and get details of the Bajaj Urbanite all-electric scooter here ]

We expect the Bajaj Urbanite electric scooter to enjoy sops like the FAME-II subsidy like several other electric two-wheeler manufacturers in the country currently do. That said, we also expect the Urbanite to boast some interesting features and equipment while boasting impressive build quality, as is the case with all its two-wheelers. That said, it should also be interesting to see how the Urbanite gets priced, given how aggressively Bajaj prices all its products. On the styling front, we expect the Urbanite to closely resemble Bajaj's scooters from yore, including the Chetak itself. The scooter could use a single shock absorber at the front and an offset monoshock at the rear as far as suspension duties are concerned, while braking could be taken care of by a disc brake at the front and a drum brake at the rear along with a combined braking system. 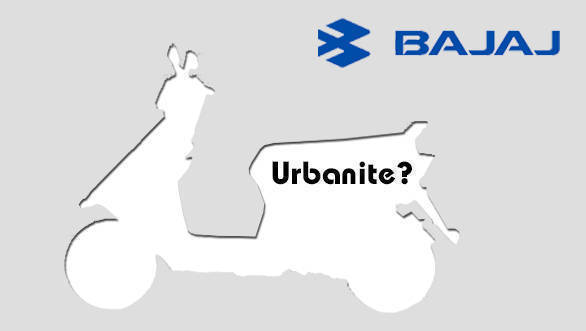 We also expect the Urbanite electric scooter to run on 12 inch alloy wheels shod with tubeless tyres. And no, we are not really expecting Bajaj to equip the Urbanite with a spare wheel at the back, like the Bajaj Chetak did decades ago!