Ford unveiled the Everest Concept SUV at the Beijing Auto Show. The concept previews the kind of SUVs that can be expected from the marquee in the near future specially for the Chinese market. 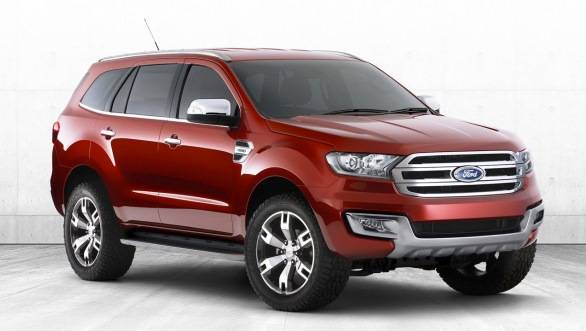 The Everest Concept is a medium off-road, seven-seater SUV and is an indicator of upcoming vehicles which will be produced and distributed through the Ford-JMC joint venture. The front fascia is made up with an inverted upright trapezoidal grille which when viewed from a distance resemble a hexagon and are flanked by the headlights. The side profile includes door sills, big wheels and even bigger wheel arches. The rear gets sleek, chiseled tail lamps connected by a thick chrome strip. The rear fog lights seem to be integrated in the skid plates. Overall, with the high ground clearance, muscular styling and big proportions the Everest Concept clearly conveys its intent and purpose. 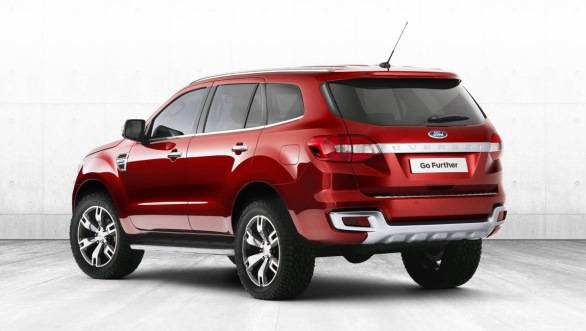 The Everest Concept is a medium off-road, seven-seater SUV

David Dewitt, exterior design manager, Ford Asia Pacific, shared his views on the design thus, "As tough and capable as we wanted it to be, we also wanted the Ford Everest Concept to be modern and sophisticated. So even though it's tough, chunky and robust-looking, it's also sleek, tailored, and much more sculptural than a typical boxy SUV design." 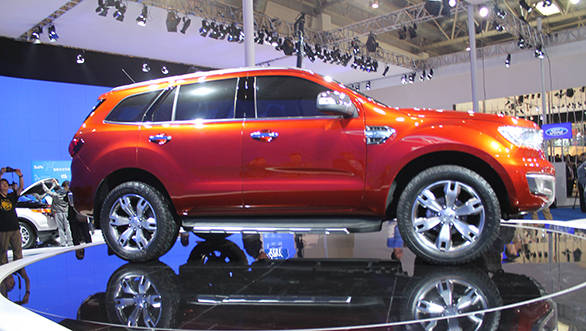 The side profile includes door sills, big wheels and even bigger wheel arches

Details on the engine, transmission and other technical aspects are not known at this point. Closer home, we feel that this concept signals the design direction that the next generation Ford Endeavour may take.