One of the most renowned engines of the automotive world, the Bentley 6.75-litre V8 engine, has finally ended its run. The final iteration of this motor will power the last of the 30-unit, specially commissioned Bentley Mulsanne 6.75 Edition by Mulliner, that rolled off the line. This also ends the almost decade long production run of the Bentley Mulsanne. 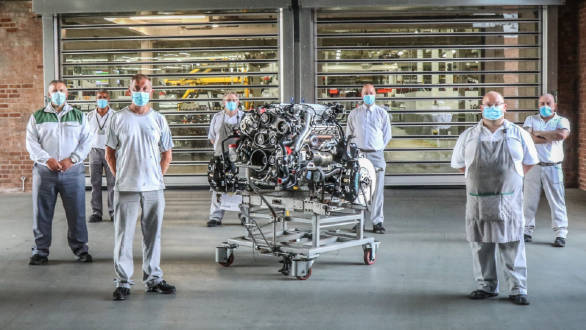 Also known as the L-Series, this is also the longest production run of any V8 engine ever. The motor first debuted in the Bentley S2 in 1959. Since then, over 36,000 units of this engine have been hand-built at the British carmaker's facility in Crewe. Each motor is handbuilt by a team of seven people and takes 15 hours to build. The key internal components are individually chosen to form a matching, balanced set so that the engine runs perfectly smoothly. This skill takes years to master. After assembly, as is tradition, a Bentley engine specialist then signs off on it after extensive testing.

Astonishingly, the configuration and bore spacing have remained unchanged since the original. In the Bentley S2, this motor made 180PS. The aim was to deliver a big step up in performance over the straight-six it replaced. Since then, turbocharging (first single, then twin), electronic control systems, fuel injection and variable valve timing have kept this 6.75-litre unit up to current standards. In final form, the motor put out 530PS and 1,100 Nm while emissions have dropped by 99 per cent from the original. 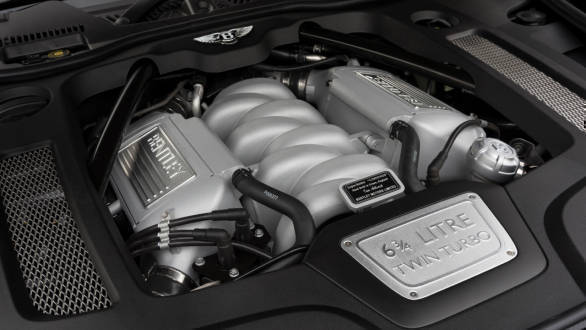 The decision to stop productions comes in the midst of ever stringent fleet C02 levels that carmakers have to adhere to in Europe. The Mulsanne is expected to be replaced by a new SUV while the Bentley brand will use the more modern powerplants from the VW Group. These are the 6.0-litre W12, the 4.0-litre V8 turbo and the V6 hybrid. The last engine is already available on the Bentayga and will soon follow in the Flying Spur in 2023.