Brihan Mumbai Electricity Supply and Transport Undertaking (BEST) has officially inducted a fleet of  10 state of art 9-meter (eBuzz K7) electric buses that have beeb procured from Olectra-BYD. This development is the part of the company's 40 air-conditioned and non air-conditioned buses that are being acquired on Gross Cost Contract basis. The deployment of the new fleet of electric buses follows the successful trial deployment of 6 electric buses of 9-meter length (eBuzz K7) in November 2017 by BEST 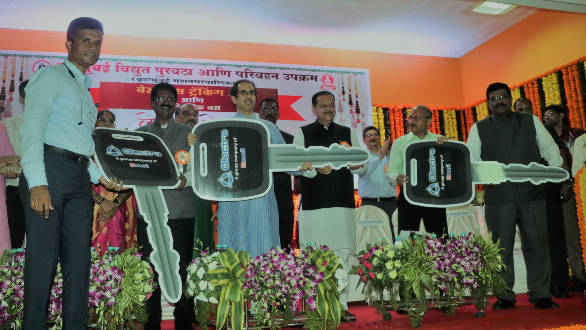 These eBuses have been deployed under FAME 1 (Faster Adoption and Manufacture of (Hybrid and) Electric Vehicles) Scheme of Ministry of Heavy Industries and Public Enterprises, Government of India. The manufacturer of the e-buses, Olectra-BYD, is the first EV company to have achieved a cumulative distance of 5million km that were operated under the commercial operations in Himachal Pradesh, Mumbai, Hyderabad, Kerala and Pun

Post the deployment of all the 46 eBuses, BEST will transport around 1 million passengers every month in this zero-emission public transport. In addition to these, BEST is also planning to procure 250 more electric buses. On an average, running of the 46 eBuses will result in huge reduction in Carbon emissions to the tune of 1.2 crore tons of CO2, avoids using 37 lakh liters of diesel saving significant costs on fuel each year by BEST and equivalent to planting 60,000 trees. 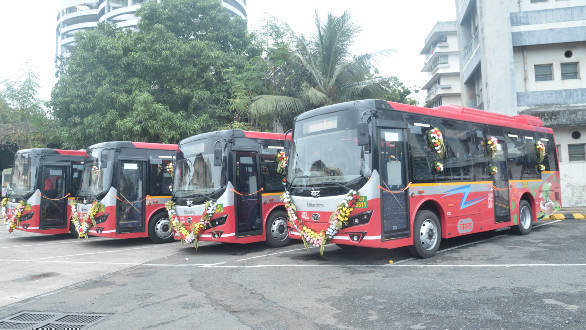 The new fleet of 9-Meter air-conditioned and non-air-conditioned low floor buses, can travel up to 200km in a single charge based on traffic conditions. The high-power fast AC charging system enables the battery to get fully charged within 2-3 hours. It has a capacity of 32+1 (driver) seats with an electronically controlled air suspension to ensure a comfortable ride to the passengers. The buses are also equipped with 3 CCTV cameras with continuous recording of data offering enhanced safety to the passengers during the commute. The eBuzz K7 has a regenerative braking system which enables the bus to recover part of the kinetic energy lost in braking. eBuzz K 7 also provides protection from short circuit, over temperature function.