Biggest, costliest Mercedes yet on its way

A report from America says that the Pullman version of the latest Mercedes S-Class  the car that replaces the Maybach limousine in Daimler's range  will be the world's biggest series production car and one of the most expensive. The S-Class Pullman which will be launched next year is 6.4 m long, some 40 cm more than the long-wheelbase version of the Rolls-Royce Phantom and could cost at least Rs 6 crore with the armour plating that many owners  governments and captains of industry  will specify. 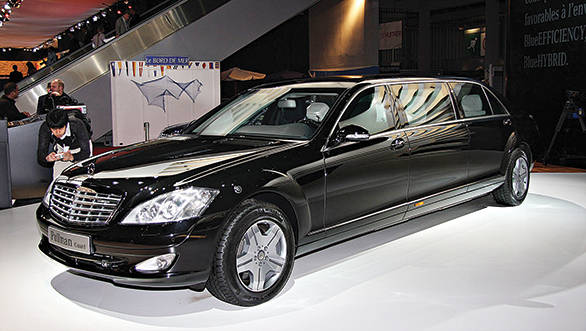 Daimler gave up on its Maybach ultra-luxury range in 2012 and decided that versions of the new S-Class would represent the company at the very top of the market. In its 10 years of existence, Maybach never achieved the reputation and sales of Rolls-Royce and Bentley, owned by its German competitors BMW and Volkswagen respectively.