BMW Motorrad has unveiled its new Concept 101 motorcycle at the Concorso d'Eleganza Villa d'Este. The Concept 101 is BMW's take on an American touring bike. It manages to look radical despite the classic proportions that seem common place in the US. 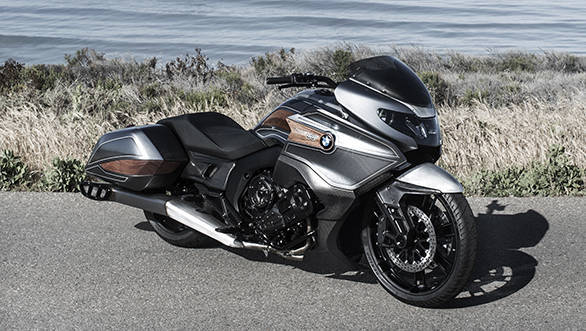 BMW says the name 101 is derived from two sources, the engine and the birthplace of the motorcycle. The Concept 101 is powered by a six-cylinder inline engine that displaces 1,649cc or 101 cubic inches. The number 101 also originates from the Highway 101, where BMW's  subsidiary, Designworks is located. 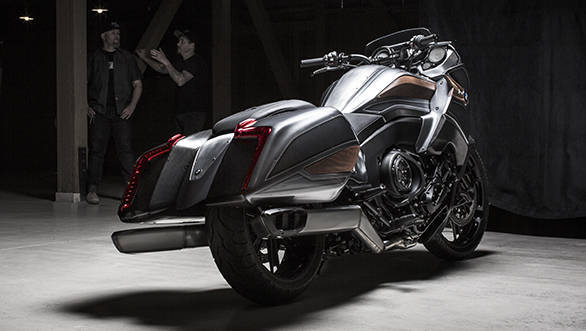 The Concept 101 is BMW's idea of a bagger - a popular term in the US used to describe cruisers designed to carry extensive luggage. The images reveal a low slung motorcycle with a large front wheel that is characteristic of the bagger. BMW adds that the sidecases complete the styling of the motorcycle. BMW says that it has paid close attention to details - this is reflected in the contrasting shades and brushed aluminium trim sections. The exhaust pipes on either side have three holes each, symbolising the number of cylinders. The tail lamps are LED units that look typically striking, says BMW. 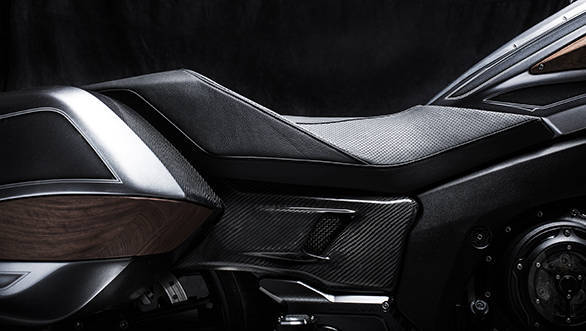 Other details include hand painted lines that separate the twin colour finish. BMW says that the paint gets this shadow effect that enhances the look of the motorcycle. Dark wood panels are integrated into the body work to highlight the interplay of brushed aluminium, carbon and the silver painted surface. The seat is all leather and adds to the exclusivity, says BMW. 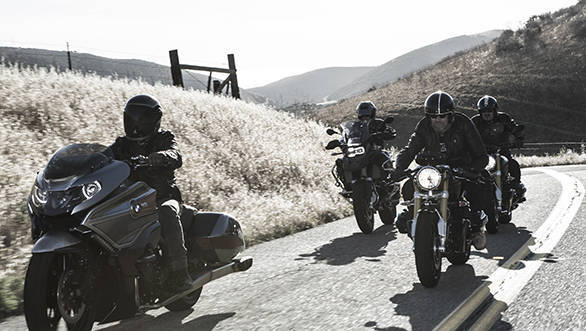 The motorcycle is styled in association with Roland Sands Design - a custom bike-building firm in Los Angeles. The firm manufactures exclusive handmade parts for BMW including clutch covers, timing chain covers and wheels that bear the logo.