After an announcing a partnership with many Indian firms in February 2015, BMW India has now increased the localisation of parts to 50 per cent. BMW aims to gain an edge over German rivals Mercedes and Audi as well as Jaguar with this move. BMW has tie-ups with Indian manufacturers to gain such a high level of localisation. The engine and transmissions are sourced from Force Motors, Axles from ZF Hero , the chassis, door panels and wiring harness from Draexlmaier India. The exhaust systems from Tenneco Automotive India, heating, ventilating, air-conditioning and cooling Modules from Valeo India and Mahle Behr and seats from Lear India form the localised parts. 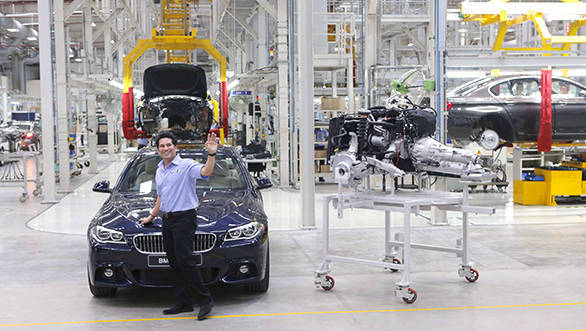 Ex-cricketer Sachin Tendulkar was joined by many technicians at the venue to assemble a 520d to mark the occasion. Sachin was ecstatic and was later quoted as saying "I am an avid BMW enthusiast and have been driving BMW cars since a very long time. But the experience of making a BMW with my own hands was unique and unforgettable.I got the opportunity to go through the tiniest details and efforts that are put into making a BMW. Next time I take my BMW out, I can proudly say  I have made one!" 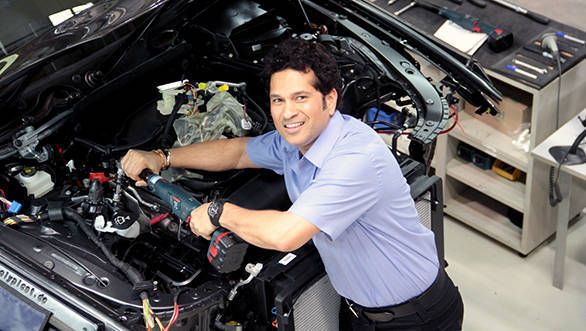 Philipp von Sahr, president of the BMW group, India spoke about this project and was quoted saying "The BMW Group has always looked towards India with a long-term perspective and our strategy is based on an inclusive approach. We have continued to build our operations in India in a systematic way. With a strong portfolio of locally produced cars, the time was appropriate to partner with major Indian auto component suppliers. This decision benefits BMW in terms of cost optimization and value addition while at the same time it creates business and profitability for our suppliers  a win-win situation."

The BMW Group has invested Rs 4.9 billion in BMW India, so far. They also have 40 sales outlets with plans of expansion.

If you're in the market for a luxury car and have been eyeing a BMW 3 Series or any other of the mentioned above models, we suggest to wait a bit in case a price cut is announced. Internationally the facelifted BMW 3 Series will be revealed today.