If there's one thing I now know about Mongolia, it's that it never runs out of sand. We were away from the Gobi at Lake Ongi, and the commute today was just 200 kilometers. But it was very clear at the riders briefing that sand was the agenda of the day. Tomm Wolff even went so far as to say that 'sand' was on the menu for lunch and that some were going enjoy even thought many would eat it involuntarily. 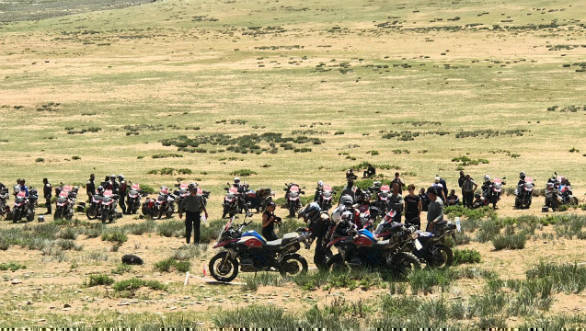 The first of our special stage today was the slow race. The time started when the third motorcycle crosses the start line and ends when the first motorcycle crosses the finish line. Thankfully for us we had practiced over and over again and we focused on completing the task with no penalties. I was back riding today and we did pretty well for ourselves. 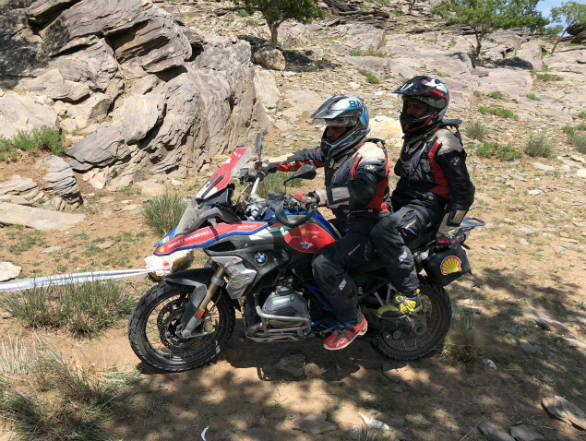 The Second Special was a fuel ferrying run and that went off pretty well too. Each rider had to carry a pillion that was holding on to 15 litres of fuel along a course. We finished in four minutes and 35 seconds with no penalties. And this saw us finish 13th for today. Team South Africa though is still leading the charts with Team USA second. Tomorrow however promises to throw the trophy challenge wide open as in the final special tomorrow, points earned are tripled. But first it's a 300-kilometer ride in the dirt to get there.

To stay abreast with Team India's progress and to get latest updates from Mongolia, you can follow the International GS trophy 2018 here.