BMW Motorrad has shown a new concept termed the 9cento at the recently held Concorso d'Eleganza Villa d'Este in Italy. This design points to a future adventure sports tourer from the manufacturer. 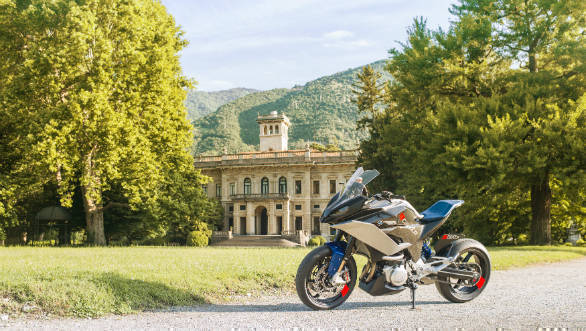 The motorcycle features 'hovering' side panels, a carefully sculpted fuel tank, a windscreen given the bikes touring attributes, LED lights, full fairing, and an F1 type sharkfin spoiler-like device in front of the rear tyre. The engine is a parallel twin unit based on the one from the F850 GS which has most likely been retuned for more power and torque. The 9cento has a carbon fibre reinforced plastic frame and a milled aluminium rear carrier. The bike also has a touring-focused suspension with enough travel to allow for a comfortable ride. 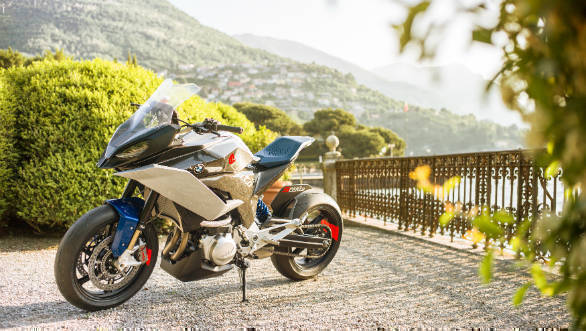 The most note-worthy design elements though are the sleek panniers which attach via electromagnets placed under the seat, making clipping them on easier. The panniers also double up as rear seat extensions, to further highlight the bike's dual-purpose aspirations. 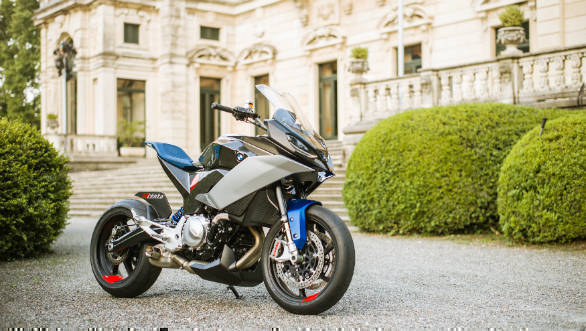 According to BMW Motorrad Head of Design, Edgar Heinrich, they've created a bike that combines the appropriate power with reliable sports touring properties and above all lots of riding fun, so it's an attractive overall package. It brings together the best of the sports, adventure and touring segments to produce an exciting concept  in a class which has not seen this kind of model from BMW before. 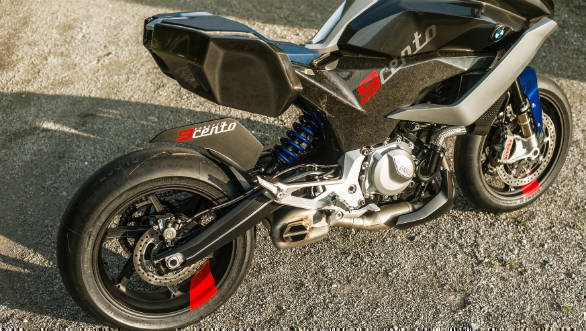 Further, Two motorcycling jackets have been developed to go with the BMW Motorrad Concept 9cento. They each reflect the concept bike's properties with their refined mixture of leather and Kevlar fabric: Sport and Touring.