BMW takes the covers off the new 8 Series coupe

After a series of teasing concepts and numerous sightings of test mules, BMW has finally taken the covers off the new BMW 8 Series Coupe at this year's Le Mans WEC race. This car is the first BMW since the mid-90s to wear the 8 series badge and will now be the flagship sports car for the brand. 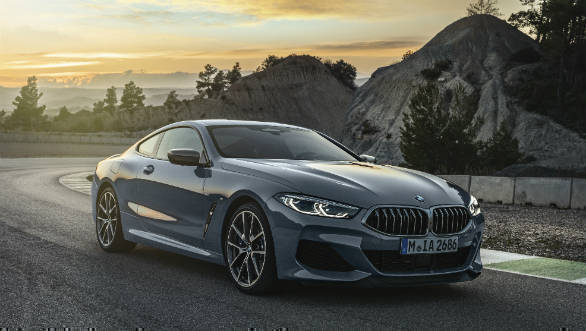 The production-spec 8 Series, while drawing largely from the concept's design seems to have gained some mass. But the long bonnet, subtle double-bubble roof, large active grille and the slimmest headlights ever seen on a BMW are all present. Other design cues which reiterate the car's sportscar credentials are the strong character lines along the sides, the aggressively tapered glasshouse which meets the strong rear shoulder line, the heavily raked rear windscreen and the large trapezoidal tailpipes. 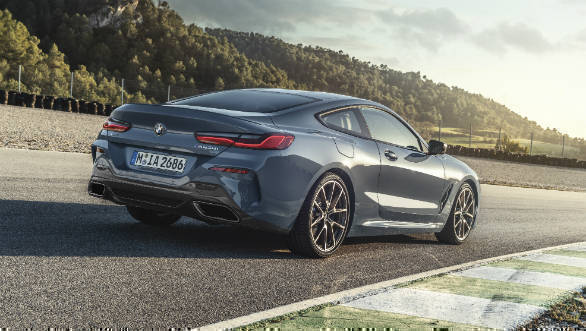 The interiors also bring about a new design theme which will find its way into more BMWs eventually. There is a new version of the all-digital instrument cluster and another display on the centre console which houses the latest iteration of iDrive. The cabin is trimmed in leather, aluminium and also comes with glass detailing on the centre console. A head-up display, driver assistance functions, a high-quality stereo and a sophisticated parking assistant are available. Various M Sport packages can be specified to add to the detailing of the car. 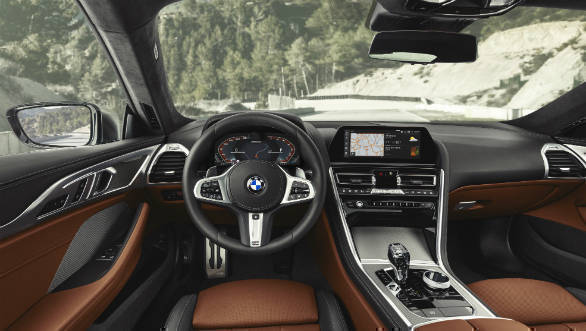 Two engines options are available at launch. The first is in the M850i, which uses a reworked version of BMW's 4.4-litre twin-turbo V8. This engine gets a 68PS bump in power, now making 530PS and 750Nm. This gets the car from 0 to 100 kmph in 3.7s and on to a top speed of 250 kmph.
The other option is the 840d. This gets a 3.0-litre twin turbo straight-six diesel making 320PS and 680Nm. This brings the 0 to 100 kmph time to 4.9s but comes with some notable fuel savings. Both engines are mated to an updated 8-speed automatic transmission with four-wheel drive system with a heavy rear bias. 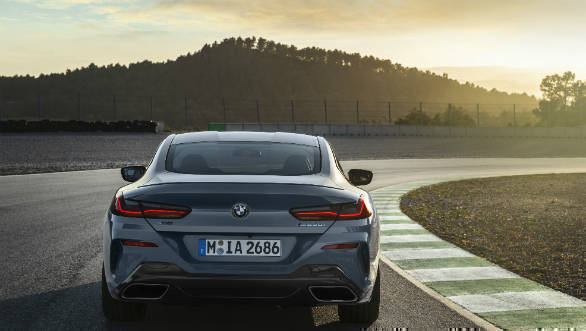 The 8 series is constructed largely from aluminium and strategically used carbon-fibre reinforced plastic components. Other notable inclusions active steering, roll stabilisation via electric motors on the front and rear axles. The 2+2 gets optional laser headlights, various drive modes, gesture control for the infotainment and various drive modes are available. 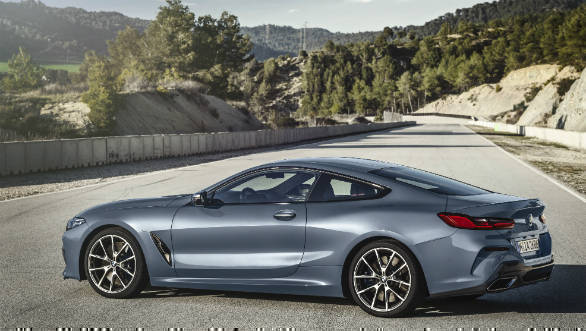 This 8 Series, though effectively a replacement for the old 6 Series coupe, has moved further upmarket. This new car also seems to be decidedly sportier, a fact underlined by its co-development alongside the M8 Le Mans racer. This car should also help quell any criticisms which BMW has faced lately of its cars becoming softer and less engaging. The new 8 Series will launch internationally by the end of the year.