Bowler, the maker of high-performance and heavy-duty off-roading iterations of Land Rovers and Range Rovers, has released a picture which teases its latest creation. The off-roader is influenced by the Land Rover Defender and is expected to make its public debut sometime in October. 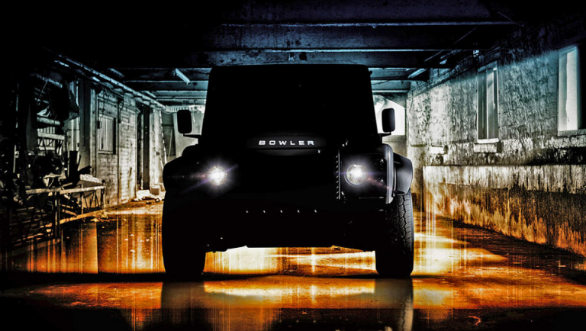 The car seems to share its classic looks with the now-defunct Defender but is expected to be underpinned by Bowler's bespoke next-generation Cross Sector Platform. This set up allows various derivatives to be created by way of its modular sub-systems and components. This means a 6x6 version or even a portal axle version may be possible in the future. Also, this platform can support electrical architectures, powertrains and drivetrains.

Other details are scarce at the moment, but it is known that it will utilize a V8 motor and be road-focused. The car's stance in the image also seems to confirm this. The SUV sits low and has a wide track.

With the Defender now consigned to the history books and Land Rover's replacement still some way off, the timing seems ripe for an SUV that combines that iconic model's appeal with a more elevated on-road driving experience.