In a series of crash tests conducted by the Global NCAP on Indian cars, none of them scored even a single star safety rating. One of the vehicles tested was the Maruti Suzuki Eeco. The Eeco literally gets no safety features except for side impact beams and basic seatbelts without pre-tensioners. According to the Global NCAP website, "The collapse of the structure in the passenger compartment and the lack of airbags explained the poor result in adult occupant protection." However, it also stated that even if airbags were offered, it wouldn't be enough to save the passengers from life-threatening injuries from the structural collapse.

The crash report states that the Maruti Suzuki Eeco provides poor chest and head protection, while the passengers' knees could sustain severe damage from the impact of structures on the dashboard and the shock absorber mounts on the driver's side. In addition to that, the body shell was rated as unstable and unable "withstand further loadings". 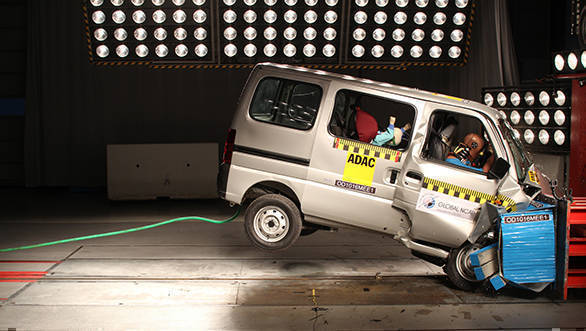 However, the Maruti Eeco did manage to score a two-star rating for child occupant safety with the use of a child seat. The report states that although the child seat prevented excessive forward movement during the crash, the biomechanical readings did go over the limits.

This only goes to prove how dated the safety standards followed by the manufacturers are. Although Maruti Suzuki is offering ABS and airbags as an option on all variants of its popular passenger cars, it has blatantly ignored vehicles like the Maruti Suzuki Eeco and the Omni, which are more popular in the commercial field. 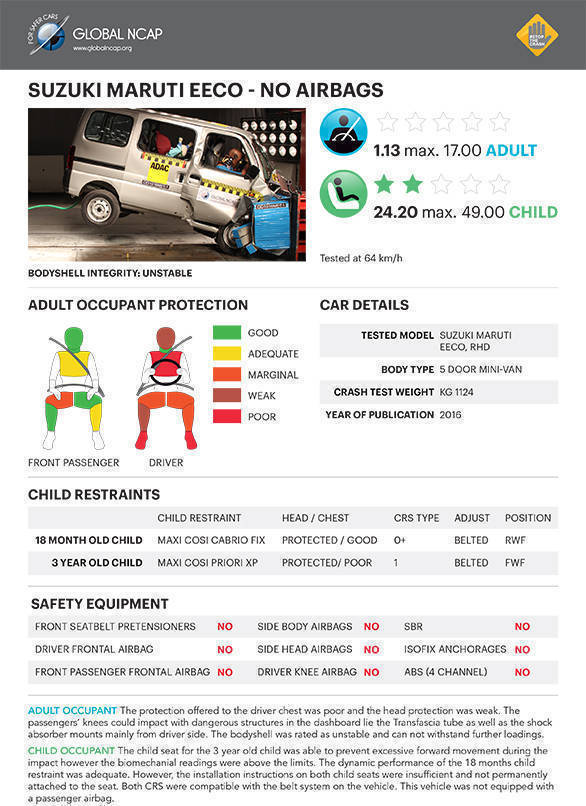