Just a day after announcing the launch of the 2020, BSVI-compliant Z900, Kawasaki India has launched the updated and BSVI-compliant 2020 Z650 in India. The manufacturer seems to be on a war-footing to launch its updated motorcycle line-up in India, with many of the motorcycles having broken cover just last month at the 2019 EICMA in Milan. The 2020 Kawasaki Z650 has been priced between Rs 6.25 lakh to Rs 6.50 lakh ex-showroom as per Kawasaki's official press release. The 2020 Z650 received significant updates over last year's model including a cosmetic makeover to bring its design in line with the rest of the updated Z family of nakeds, including the 2020 Z900 as also the flagship Kawasaki Z H2, which was also unveiled at the EICMA. 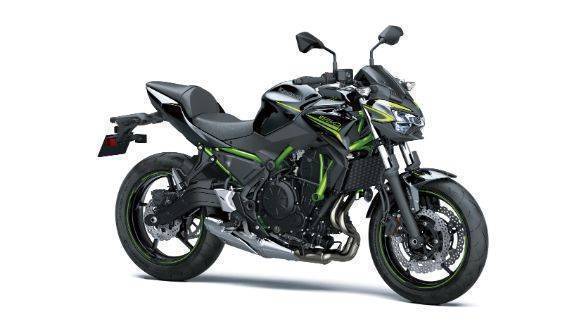 The 2020 Kawasaki Z650 has been launched in India and receives a comprehensive design change, besides now meeting the more stringent BSVI emission norms

Visual changes to the Z650 include a redesigned, all-LED headlamp unit that looks similar to the new Z900's, redesigned rear view mirrors and a significantly better looking instrument cluster, which is a 4.3 inch full-TFT display now. More importantly, the Z650 now offers smartphone connectivity via Kawasaki's own 'Rideology' app. Seats for the rider and pillion get minor revisions as well, in the interest of better comfort. Another important change for 2020 is the switch from Dunlop's Sportmax D214 tyres to a set of grippier Sportmax Roadsport 2 tyres. Overall, the updated Z650 looks more aggressive and sportier now, though it is on offer in just black, with green highlights as of now. 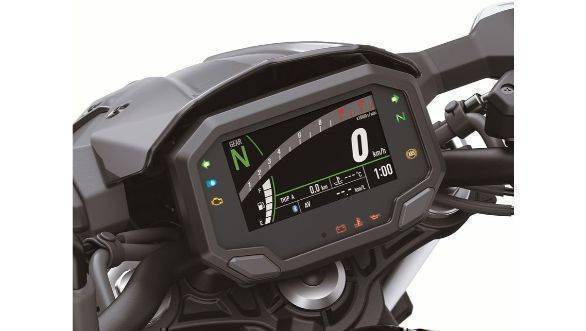 The old, dated-looking analogue-digital instrument cluster on the 2019 Kawasaki Z650 has made way for this neat-looking 4.3 inch TFT display that is a lot more appealing visually while also being easier to read and offering smartphone connectivity via Bluetooth

As for the powertrain, the 2020 Z650 is powered by the same 649cc, liquid-cooled, parallel-twin engine, which has been updated to meet the stricter Euro V and BSVI emission norms. Interestingly, while the manufacturer has managed to retain the BSIV versions' power output at 68PS, the torque output on the BSVI-compliant version has gone down from 65.7Nm to 64Nm, which could result in a very slight drop in performance. Peak torque is also produced 200rpm higher now, at 6,700rpm. Despite this extensive makeover the Z650 does not get rider aids like traction control though, which is a miss in our opinion.