Bugatti launches the fifth edition of its Legends series

Bugatti has launched the fifth edition of its 'Legends' series. This series will have a total of six editions and is limited to only three models. The previous twelve cars of this special edition series have already been sold out. The latest entrant pays tribute to the Type 18 "Black Bess", which Bugatti says was the first ever street legal super sports car. The asking price for the Veyron "Black Bess" is 2.15million euros. 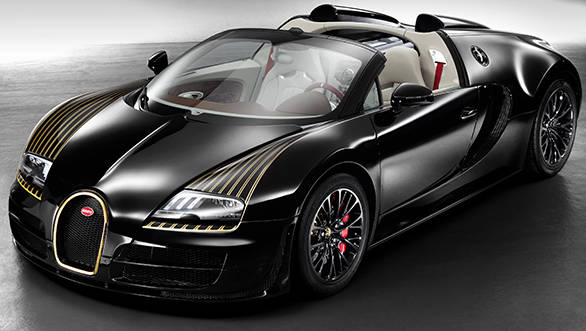 The Exterior of the Veyron is done in black with gold accents all over. This paint scheme is a clear reference to its forerunner. The distinct horseshoe of the front grille is coated with 24-carat gold as is the case with the rear EB logo and the hub wheel caps. 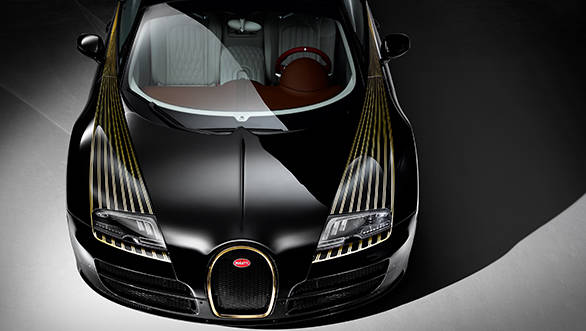 Golden stripes start from the headlights run up through the front wings and culminate in a tapered manner at the end of the door line. The tank and the oil caps are finished in gold paint and also have the "Black Bess" nameplate engraved on them. 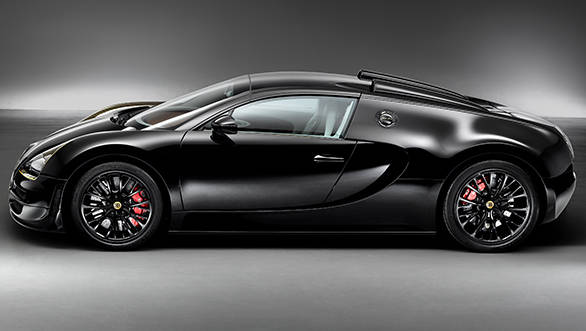 Interiors are lavished with the finest leather with the seats, rear bulkhead and the footwell getting a light beige tone and the dashboard, centre console and door trim panel getting a darker havanna shade. The steering wheel instantly reminds the viewer of the Type 18 "Black Bess" due to its bright crimson leather covering. 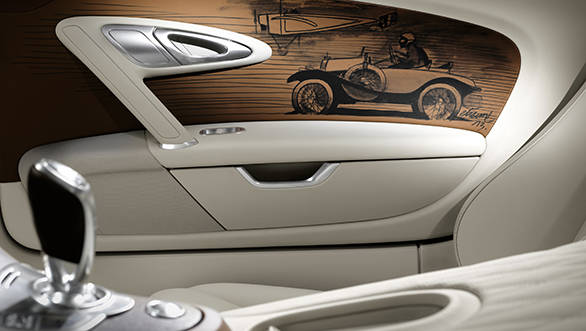 Highlight of the cabin though is the exquisitely done scene on the door panels which are upholstered in havanna leather and depict the Type 18 "Black Bess" and a "Morane Saulnier Type H" airplane which belonged to Roland Garros who owned one of the seven historic vehicles. 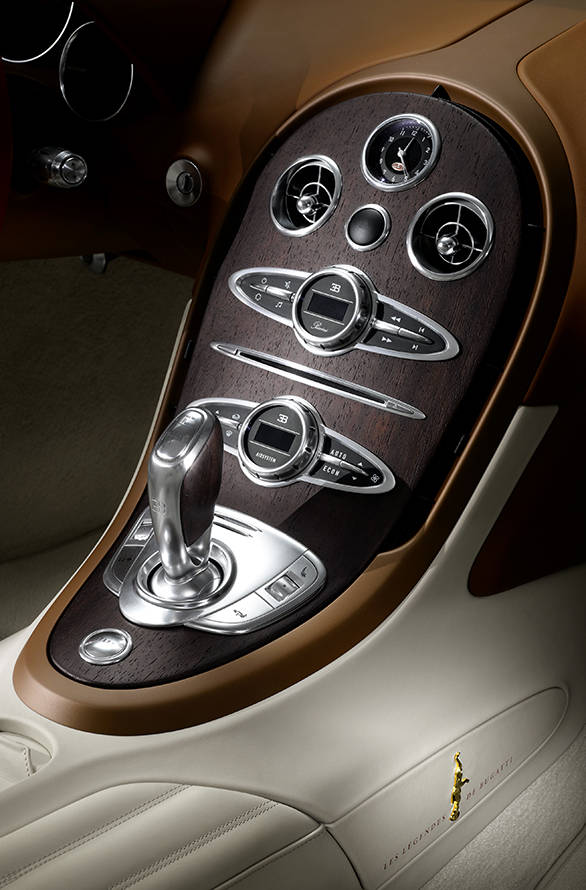 The Bugatti Type 18 at the time had a 5.0litre, four cylinder engine generating 100PS mated to a light five speed gearbox which enabled it to achieve a top speed of 161kmph. 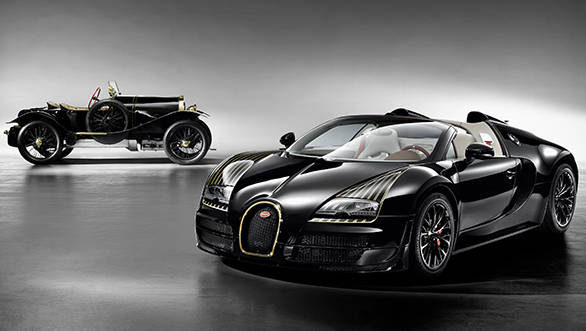 The current generation Bugatti Veyron roadster has a massive 8.0litre W16 engine producing 1200PS and 1500Nm of torque. The transmission is a seven speed dual clutch automated manual gearbox and can get this car to a top whack of 408.8kmph making it the fastest roadster on the planet. 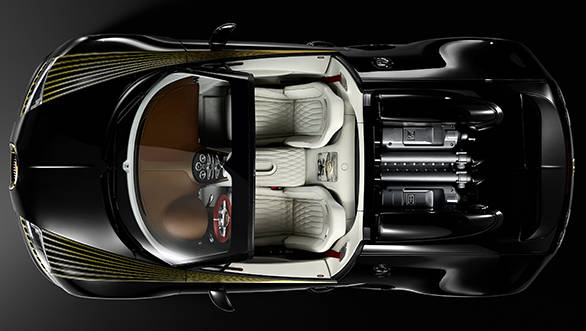 The car will be showcased along with its historic predecessor at the upcoming Beijing Motor Show.