Sir James Dyson recently became the UK's richest man and is the inventor of the bagless Dyson vacuum cleaner, which became a bestseller globally. In 2017, he set out to build an EV that would be England's answer to a Tesla, but last year in August it was learnt that the project had been cancelled, citing its weak commercial viability. 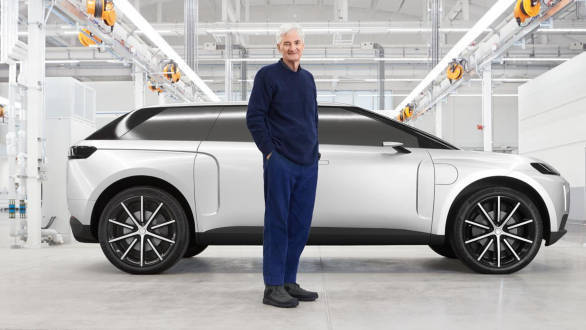 The Dyson electric car, codenamed N526 would have had a range of 965km, almost twice that of what a Tesla can achieve. It would be powered by two 200kW motors that output 543PS and 650 Nm which would get the N526 to 100kmph from standstill in 4.8s. The top speed was pegged at 201kmph. The N526 was a 7-seater SUV, but larger than the Tesla Model X. It was to be 5m long, 2m wide and 1.7m tall. The EV featured oversized wheels, a heavily raked windscreen and suicide doors. The interiors were finished in a minimalistic, geometric design.

Dyson had put in GBP 500 million into this project, a team of 600 were based in England to carry out developmental work while a production facility was to be set up in Singapore. Sir James even drove it in an early prototype before calling it off. But some hope comes from the fact that Dyson says that they will take the learnings from this project further and work on developing solid-state batteries and AI tech.