CARS24, the online portal for used cars marketplace has announced that it has raised a fresh capital of $100 million in Series D funding. Along with its existing investor KCK, Silicon Valley and New York-based investment firm, CARS24 has managed to loop in Agnelli (Fiat) Family and Sequoia India, along with Unbound, a global investment firm headquartered in London, and Moore Strategic Ventures, another New York-based investment firm. Further, CARS24 has also announced its strategic partnership with the former Indian cricket captain Mahendra Singh Dhoni, as the brand ambassador and one of the investors in the company. 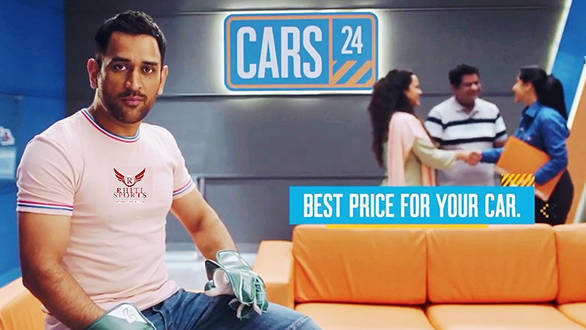 Commenting on the investment, Unbound's founder, Shravan Bharti Mittal said, "We believe CARS24 is disrupting the pre-owned car industry in India and addressing the challenges faced by car owners by providing them with a world-class customer experience which is quick, easy and hassle-free."

The fresh flow of finance will be used to strengthen the company's hold in new cities, franchise model, technology and recently announced consumer lending (NBFC) business. CARS24 also targets to be present in 75 cities pan India by the end of the year. Currently, CARS24 has over 10,000 registered channel partners on its platform and plans to double it by 2021.